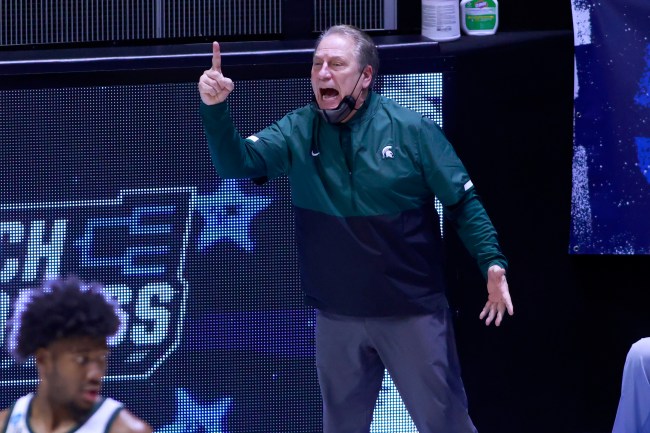 There isn’t much in this world that’s better than watching two of college basketball’s best programs go head-to-head on a Wednesday morning. Today, that’s exactly what we got in the thriller between Loyola Chicago and Michigan State.

It was a back and forth battle where neither team led by more than 9 at any point and the lead changed repeatedly throughout the second half. Unfortunately for Loyola, Michigan State just had one more big play in them.

It was truly a stroke of genius from head coach Tom Izzo. He knew Loyola was at a size disadvantage, so he set up Marcus Bingham Jr. to set a screen at the top of the key and roll to the basket to collect a lob from Tyson Walker. It worked to perfection and the basketball world was collectively impressed with the play call and Michigan State’s win.

Marcus Bingham just told the world what those in East Lansing have known for months: He's one of the most improved players in the Big Ten. Michigan State advances in the Bahamas.

A couple of important figures at Michigan State even chimed in.

This was a big win for Michigan State as they’ve now won 4 in a row since their season opening loss to Kansas. Maybe if they can put together a few more wins in a row they won’t have to take the bus to games anymore.