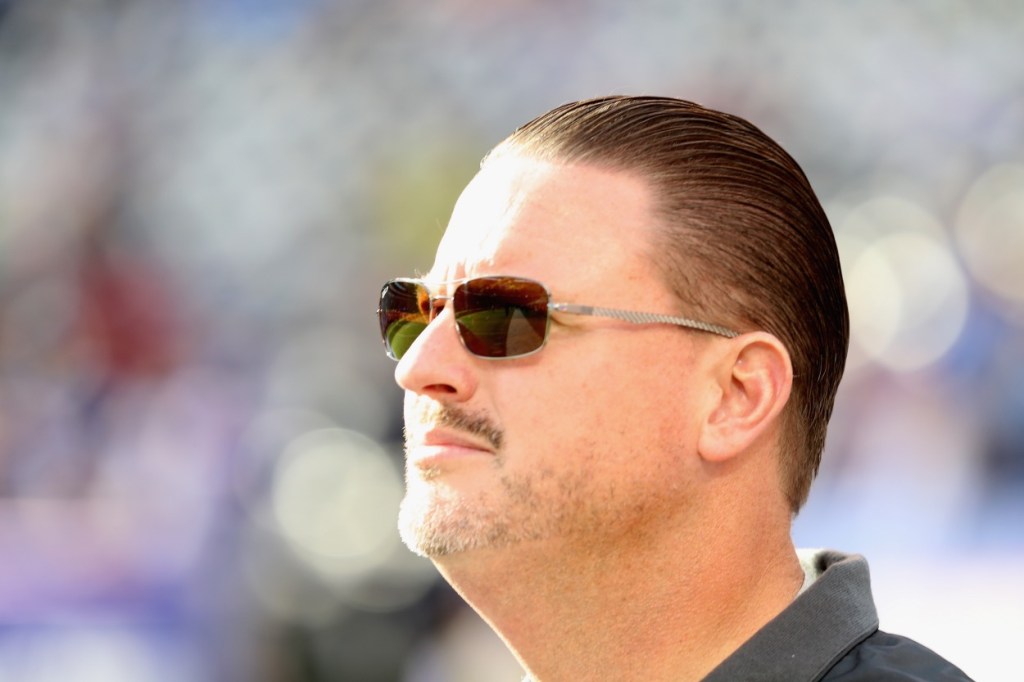 The Carolina Panthers currently have Sam Darnold listed as QB 1 on just about every depth chart. But the recent NFC South bottom feeders also have the #6 NFL Draft pick and they are linked to a possible trade for Cleveland’s Baker Mayfield, all things that offensive coordinator Ben McAdoo is well aware of.

Ben McAdoo spoke with reporters earlier today and told ESPN’s David Newton who he believes is the team’s starting quarterback. When asked of Sam Darnold was the starter he didn’t skip a beat and said ‘yes’.

Upon realizing that he just exposed the Carolina Panthers’ potential draft and trade strategy to the NFL world he started backtracking that a bit and even spoke the words “that is something I shouldn’t have said.” Later, he declined to answer any questions about Baker Mayfield.

Panthers coach Ben McAdoo on quarterback Sam Darnold, whom he liked coming out of the draft in 2018: “Sam was one of the people that intrigued me for the job. Sam does have some magic in his game.’’

Ben McAdoo asked if he looks at Sam Darnold as his starting quarterback didn't hesitate: "Yes.'' He later said he put his foot in his mouth naming a starter, saying, "That is something I shouldn't have said.''

Regarding Baker Mayfield, McAdoo wanted to keep his comments to players on the roster. https://t.co/BGJW9AwlVR

McAdoo passed on answering who stands out among the 2022 quarterback draft class: “That’s question we’ll save for a little bit later.’’ https://t.co/v2kRCbbw6l

Sees an avenue to win the NFC South with Tom Brady and the Buccaneers?!

Ben McAdoo says he sees an "avenue to win'' at Carolina now. It's one of the many reasons he took the job as OC.

What About Baker Mayfield?

Considering all of these recent reports, the fact that the team’s offensive coordinator Ben McAdoo didn’t even skip a beat when he said Sam Darnold was their guy is pretty intriguing. If anyone on the ground would have Baker Mayfield at the forefront of his mind it would likely be the OC who would be strategizing around a Mayfield offense.

The browns told reporters and the world that Baker was gonna get his shoulder fixed and they expected him to have a huge year next year as their starter. So…. It doesn’t matter what coaches say. Lol

“To be a competitive team you have to build strong position rooms and have healthy competition for playing time. All positions are subject to that competition and no one on the team has a guaranteed spot in the starting lineup until it is earned.”

Are the Carolina Panthers serious about acquiring Baker Mayfield from Cleveland? If they are, will Baker come in as the backup to Sam Darnold? Is Ben McAdoo playing Checkers or Chess? Let us know what you think in the Facebook comments or on Twitter at @brobible.