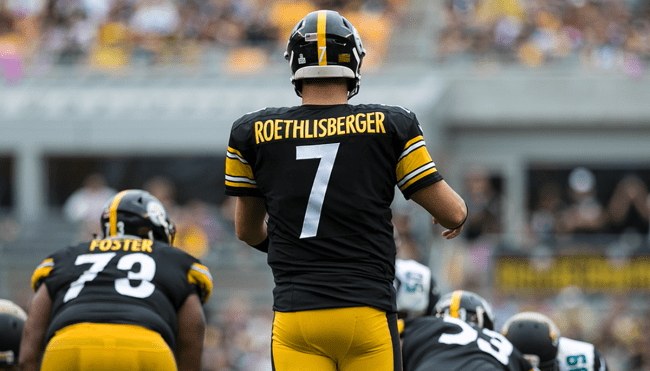 Tony Romo had a pretty solid career during his time with the Dallas Cowboys, but his performance on the field has nothing on what he’s done since joining Jim Nantz in the broadcast booth and establishing himself as the Nostradamus of the football world.

Since linking up with CBS in 2017, the former quarterback has repeatedly deployed his encyclopedic knowledge of the game to predict exactly what’s going to unfold prior to the snap (in the two seasons following his pivot, he saw his prophecies fulfilled almost 70% of the time).

Now, a new challenger has entered the arena in the form of a TikTok user who recently went viral by blowing up Ben Roethlisberger’s spot after discovering the Steelers QB appears to have a tell that makes it possible to predict if Pittsburgh is going to run or pass the ball before it’s even snapped.

In the video, the amateur analyst watches ten clips of Big Ben lining up in the shotgun formation that he claims he hadn’t seen before recording it. He manages to accurately forecast whether or not Roethlisberger is going to hand off the ball by looking at his left foot, which he appears to raise off of the ground whenever he’s preparing to throw.

I can only hope someone in the Steelers front office decides to send this dude an Edible Arrangement for pointing this out, because that’s really the least they can do.