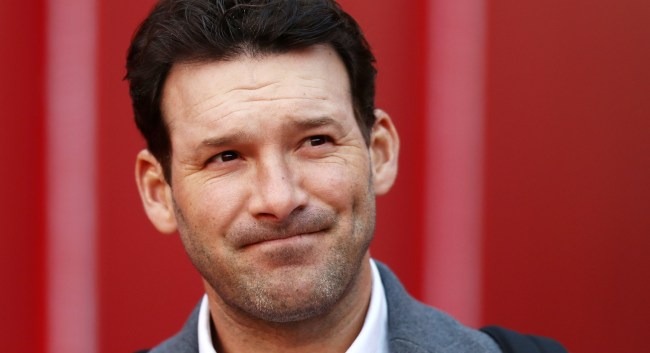 Tony Romo has made an astounding transition from one of the better quarterbacks in the NFL to, arguably, the best broadcaster in the NFL in an amazingly short period of time.

Two things about how he calls a game set him apart from all other broadcasters. The first is his enthusiasm, which we haven’t seen the likes of since John Madden was in the booth with Pat Summerall. (More on that in a moment.) And second, the most obvious reason, is because Romo has an eerie knack for being able to predict what play teams are going to run before they happen.

As anyone who watched the AFC Championship game saw, Romo was absolutely on fire, blowing viewers’ minds by predicting one play after another correctly.

That performance got many people wondering if there was anything Tony Romo could not predict?

Ben Cohen and Andrew Beaton of the Wall Street Journal were also wondering… exactly how accurate is Tony Romo when making these play predictions?

To find out, they reviewed all 2,599 plays (46 hours of footage) Tony Romo called for CBS this season to find out.

What they discovered was that Romo made a total of 72 play predictions this year. (Seems low, doesn’t it?) And when they asked Romo what percentage he thought he got right, Tony guessed around 21% of the time.

Finally, a prediction Romo got wrong, because the correct answer is 68% of the time (Also seems low, doesn’t it?)

It’s more physics than metaphysics, Romo says. He looks at the field and understands the tendencies of the players and coordinators. He combines his knowledge of those teams with his knowledge as a player who not long ago would be the guy calling the play in the huddle. Maybe the offense is lined up in a particular formation. Or it’s the defense gearing up for something unusual. From all those variables he makes a calculation.

Impressive, right? Guess who else has been impressed by Romo’s work in the booth? John Madden, according to the New York Post.

[Jim] Nantz’s agent, Sandy Montag, also represented both Madden and Summerall. Montag was in the booth for the legendary duo’s final broadcast in 2002 and he has had a front-row seat for Nantz and Romo.

The other day, Montag was on the phone with Madden discussing Romo. Montag expressed how Nantz and Romo bring the same big-game feel as Madden and Summerall did.

Madden, according to Montag, said Romo was amazing in the AFC Championship.

“I told him, ‘The amount of enthusiasm he has reminds me of you,’” Montag said before further comparing Romo to Madden. “Being in the booth, you get the feeling there is no place he would rather be.”

Coincidentally, Madden and Summerall’s last Super Bowl was the Rams vs. the Patriots – the same two teams that will be playing in Romo and Nantz’s first Super Bowl together.

Oh, and the final score of this Super Bowl will be 28-24 with the team that has the ball last losing the game.

How do we know this? Because Tony Romo said so.