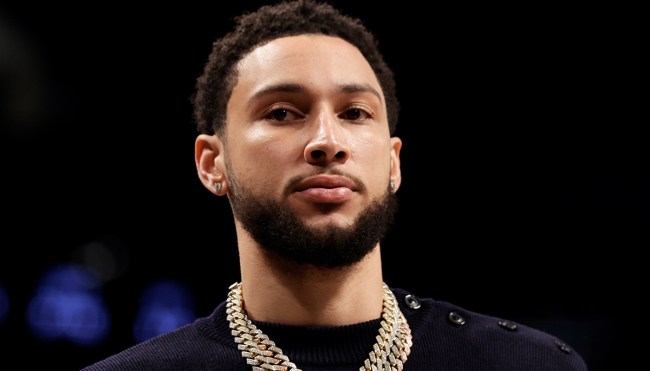 The “superteam” label can be applied to plenty of NBA franchises throughout the league’s history. However, I’d argue the Celtics were largely responsible for ushering in a new era that’s seen a number of high-profile names join forces since the “Big Three” that consisted of Kevin Garnett, Paul Pierce, and Ray Allen assembled in 2007 before bringing a 22-year championship drought to an end.

While that strategy panned out pretty well for Boston, the formula hasn’t always worked for teams that have opted to sign a collection of big names in the hopes of securing a title—and it’s hard to think of a more extreme cautionary tale than what’s unfolded in Brooklyn over the past couple of years.

In 2021, the Nets tried to form their own formidable trio by adding James Harden to a roster that was already home to Kevin Durant and Kyrie Irving, which, uh, did not pan out as they hoped.

This led to the team attempting to pivot last season by sending Harden to Philadelphia in exchange for Ben Simmons only to find themselves at the center of even more controversy after he failed to play in a single contest—including a crucial playoff game against the Celtics where he extinguished the faint glimmer of hope that remained by sitting out.

That situation has largely taken a backseat in Brooklyn in over the past few weeks thanks to the drama surrounding Durant’s recent attempts to make the franchise bend to his will after requesting a trade earlier this summer (which owner Joe Tsai is having absolutely none of).

However, it reared its ugly head yet again on Monday courtesy of a report claiming Simmons dipped out of a group chat with his teammates after one of them asked him if he was planning on playing against Boston prior to Game 4 of a series that ultimately ended with the Nets being swept.

It appears Simmons caught wind of the story on Tuesday, as he seemingly responded to the allegations in a tweet where he implied it was a non-story on a “slow news day” (he also retweeted someone who warned about believing anonymous sources).

There’s not enough popcorn on the planet to satisfy the demand the Nets have created during the offseason.