Ben Simmons Has Finally Spoken Out About His Seemingly Phantom Injuries: ‘Not A Normal Situation’ 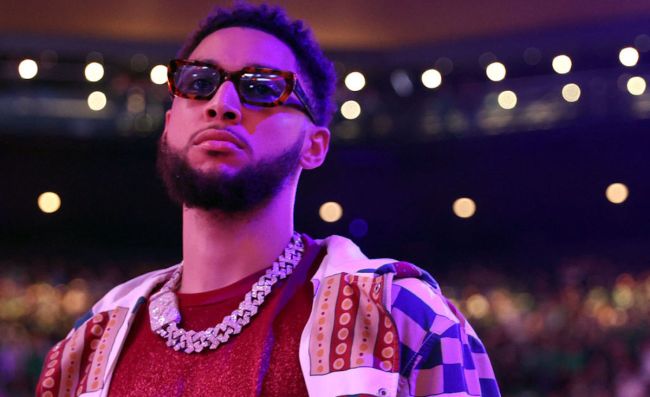 Ben Simmons — who is, in fact, still an NBA player — recently appeared on J.J. Reddick’s podcast and finally addressed the injuries that caused him to miss the entirety of last season, a season that saw him traded from the Philadelphia 76ers to the Brooklyn Nets.

Ben Simmons went on J.J. Reddick’s podcast and finally discussed his year-long stint on the sidelines

“Terrible,” Simmons said of his recent injury issues while appearing on The Old Man and the Three. “Thing is, you have a lot of guys in the NBA that might be like, ‘Oh, I’m sore today. I’m hurt. I can’t play.’ And the situation I’m in is not a normal situation, so it’s hard for me to be like, ‘I actually can’t play.’

“But me, knowing me, I’m like, ‘Let me just try and prove them wrong. Let me try and get on the court,’ because everyone’s saying, like, ‘You need to play otherwise. It’s going to be bad for you.’ I’m like, ‘All right.’ So when it got to that point, when I’m in practice, like, I know I’m not feeling right. I can’t, my muscles — my glutes’ not working. I can’t jump, I can’t dunk. And people don’t see that stuff.

Given how Simmons has conducted himself — reports about the embattled point guard’s shortcomings have extended far beyond just his physical injuries — it’s unlikely that this interview will earn him any sympathy from fans, particularly those in Philadelphia and Brooklyn.

Set to team up with Kevin Durant and Kyrie Irving, the Nets simultaneously have enough talent to win the title but also enough personal issues to wind up being one of the biggest clown shows in NBA history. In case you forgot, both Irving and Durant tried to force their way out of New York City this summer.

Despite all of the drama surrounding the franchise, the Nets are one of the Top 5 betting favorites to win this season’s NBA championship alongside the Boston Celtics, Golden State Warriors, Milwaukee Bucks, and Los Angeles Clippers. Simmons, Kyrie, and KD will begin their soap opera of a season on October 19 against the New Orleans Pelicans.