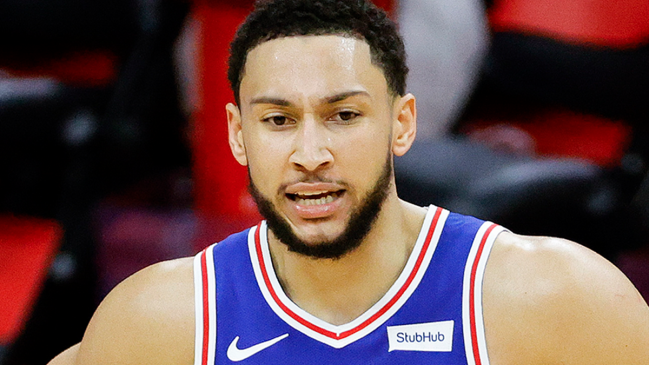 Ben Simmons spent a good chunk of his time in Philadelphia fighting an uphill battle to win the approval of a fanbase that got increasingly frustrated with the man who increasingly struggled to live up to the expectations bestowed upon him after being selected by the 76ers with the first overall pick in the 2016 NBA Draft.

Simmons got off to a promising start after missing what would’ve been his inaugural season due to injury; he was named Rookie of the Year in 2017 and was selected to the All-Star Team in the three ensuing seasons  (including a 2020 campaign that saw him earn All-NBA and All-Defensive honors).

However, his lackluster skills at the free throw line, inability to hit a jump shot, and the fact that he didn’t make his first three-pointer in an NBA contest until his 172nd game in the league became an increasingly sore point of contention for a Philly fans who reached a breaking point courtesy of what unfolded during what would end up being Simmons’ final game with the 76ers.

That fateful moment occurred in the closing minutes of Game 7 of the Eastern Conference Semifinals in 2021. Philadelphia was trailing by two when Simmons was presented with a golden opportunity to tie the game up after getting the ball in the paint only to give up a wide-open dunk in favor of passing to Matisse Thybulle, who only made one of the two free throws he was granted after being fouled.

The Hawks ended up winning to advance to the conference final, and while Simmons wasn’t solely responsible for the loss, he still caught plenty of heat for that play; Doc Rivers wasn’t shy about calling him out, Joel Embiid described the brain fart as the “turning point” that led to Atlanta walking away with the W, and plenty of 76ers fans burned the uniform Simmons would never wear again after sitting out the ensuing season before being traded to the Nets.

Now, we have some insight into why Ben Simmons decided to pass the ball in that key Game 7 moment courtesy of the man himself

Simmons was the guest of honor on the most recent installment of The Old Man and The Three podcast where he sat down for a conversation with former teammate JJ Redick to address a wide variety of topics.

That includes the infamous moment in question, and Simmons finally provided some insight into what was going through his head at the time.

Ben Simmons and @jj_redick revisit the passed-up dunk in Game 7 of the 2021 NBA Playoffs.

It happened so quick that you just make a read. And in the playoffs, you need to make the right decisions the majority of the time. And for that moment, I mean, it happened and I was like, ‘OK, it happened. F—k. No we gotta go make another play.’ That’s how I’m thinking.

I didn’t realize everyone was posting [online]. I’m like, ‘It was that big?’…When I look at it now, I’m like, ‘Man, I should’ve just punched that s—t.’ But it didn’t happen, and I was okay with that. I can live with that.”

It’s hard to imagine 76ers fans will take much solace in that explanation, but at some point, you just have to move on—and it seems like Simmons has done exactly that.