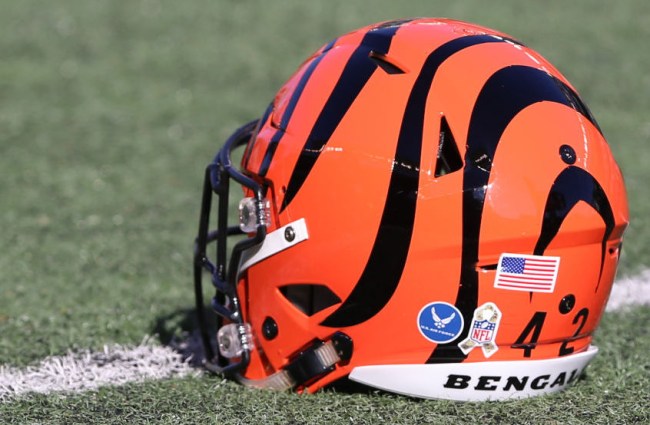 Cornerback Mackensie Alexander, who signed with the Cincinnati Bengals on March 30, elected to leave training camp to travel to Florida to search for his missing father. On Tuesday night it was reported that he had been arrested on one count of battery, per the Collier County Sheriff’s Office.

Alexander allegedly confronted the man who left behind his 65-year-old father on a berry-picking trip they went on together.

Jean Odney Alexandre, 65, traveled to northwest Okeechobee County with another man Monday to pick palmetto berries somewhere on the prairie, and the accompanying man left him behind, NFL Network’s Tom Pelissero reported, per the sheriff’s office. The Collier Country Sheriff’s Office has now taken over the investigation, Pelissero reported.

Mackensie Alexander remains in custody and no arrest report has been released. My understanding is he allegedly confronted the man who left behind his father, Jean Odney Alexandre, on a berry-picking trip. Background on a sad and troubling story: https://t.co/cvEiTaptJe

Alexander was a second-round pick out of Clemson in 2016 and spent four season with the Vikings before signing a one-year deal with Cincinnati this offseason.