Where Does Cameron Krutwig’s Mustache Rank Among The Dirtiest Facial Hair In March Madness History? 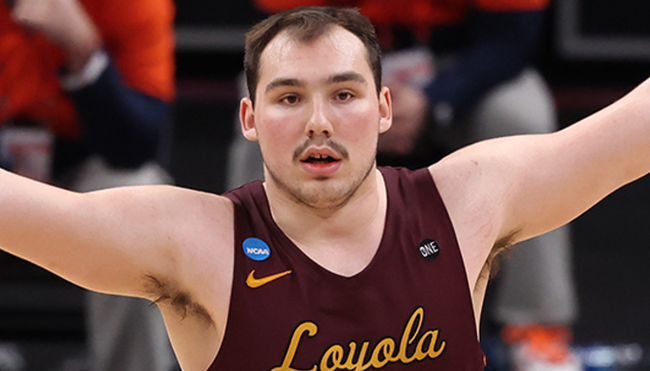 In 2018, Loyola’s men’s basketball team treated us to one of the most memorable runs to come out of March Madness in recent memory, as the 11th-seeded Ramblers (who hadn’t secured a spot in the NCAA Tournament since 1985) managed to make it all the way to the Final Four before ultimately being knocked out by Michigan.

One of the figures at the center of that Cinderella story was the now-beloved Sister Jean, the nonagenarian nun who became an absolute sensation during those series of upsets. After getting vaccinated earlier this year, she was given the green light to join Loyola at this year’s NCAA Tournament, where she’s once again served as the team’s good luck charm at the ripe young age of 101.

However, I’d argue she’s not the only external factor that’s played a role in Loyola securing a spot in the Sweet 16, as you can’t ignore the contributions that big man Cameron Krutwig has made during the tourney with the help of the mustache that’s led to people comparing him to Farva from Super Troopers in addition to some other fantastic observations.

Loyola’s Cameron Krutwig looks like he uses his blue Powerade cup holder thing on the bench for his spit bottle as he grabs 15 rebounds with a pinch of Kodiak long cut. He’s f-ing awesome pic.twitter.com/snfuV5gHRy

Cameron Krutwig looks like that men’s league guy who shows up two minutes before the game, casually puts up 25 points and 20 boards, and then pounds a six pack in the parking lot.

I’ll say this, Cameron Krutwig looks like he could sit in an Elks Lodge and drink 21 beers without getting up

Krutwig’s nose beard is as dirty as it is glorious, and it’s also given me the perfect excuse to look back at some other players who’ve rocked some of the sketchiest facial hair March Madness has ever seen, starting with… 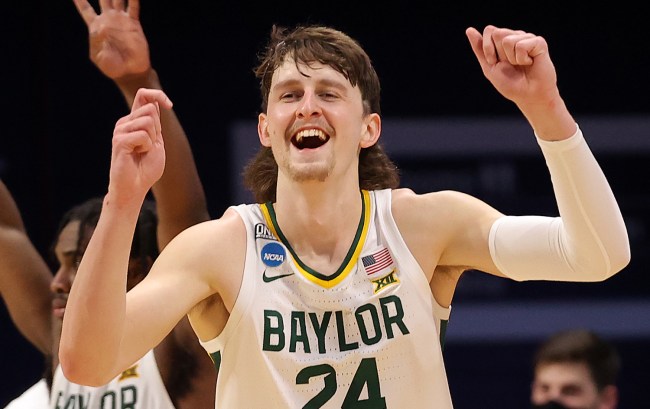 Baylor’s Matthew Mayer has garnered plenty of attention this year for the mullet he’s been rocking while helping top-seeded Baylor go on a Sweet 16 run of its own, but it seems like it’s overshadowed the thin goatee he’s paired with his beaver paddle that really ties his whole look together.

If the junior ends up returning for another season that also ends with Baylor securing another invite to the ball, I can only hope he spends the majority of it making the necessary preparations to go Full Joe Dirt to truly cement himself as a March Madness legend. 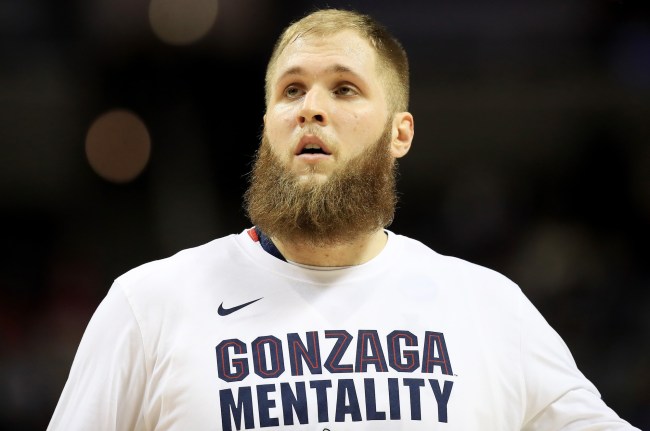 Gonzaga’s Drew Timme has gotten plenty of attention for channeling his inner Hulk Hogan with the mustache he’s rocking at March Madness this year, but he doesn’t qualify for this list because it’s objectively awesome as opposed to being fairly suspect.

However, he’s simply following in the footsteps of other Bulldogs who’ve sported some less polished facial hair over the years, including Przemek Karnowski, who rocked a gigantic neckbeard (much to the chagrin of his mother) when Gonzaga secured a spot in the championship game during the 2017 tourney.

Do I have any proof that there was a cooler filled with Mountain Dew Game Fuel specifically reserved for Karnowski? No, but I’m going to tell myself that was the case until proven otherwise. 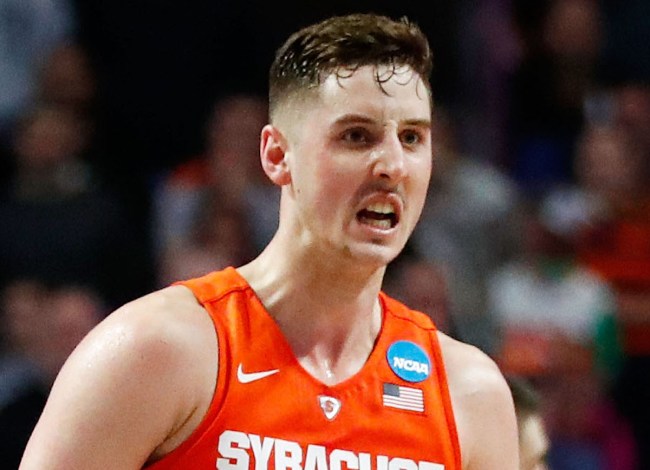 Tyler Lydon spent two weeks in Chicago and eventually headed down to Houston when Syracuse’s 2016 Cinderella run brought them to the Final Four, and I’m honestly amazed he managed to avoid being questioned by police in either city for matching the description of a man driving around in a windowless white van offering sfree candy to children. 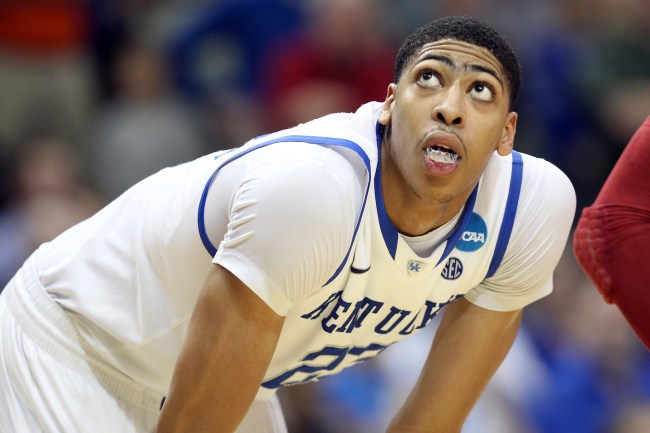 You know I had to do it to him.

During his one-and-done season at Kentucky that ended with the Wildcats cutting down the net, Anthony Davis had a pencil-thin mustache that gave John Waters a run for his money. However, if we’re being a bit liberal with the term “facial hair,” his signature unibrow is what really took things to the next level.

When it comes to the sketchiest facial hair in March Madness history, Adam Morrison is the unquestionable G.O.A.T., and it should come as no real surprise that he eventually moved to an isolated property outside of Spokane, where he apparently has a basement filled with guns and other supplies that could come in handy in the event of an apocalyptic event.

While Lucas O’Rear was technically clean-shaven when Northern Iowa competed in the tournament in 2010, I’d be remiss if I didn’t mention the man who paid tribute to John Quincy Adams with the impressive sideburns he showcased that year.