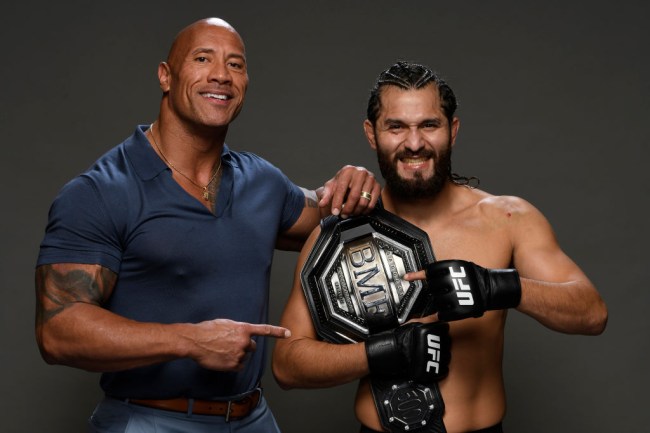 It’s been a banner year for the sport of mixed martial arts.

With action-packed fight cards nearly every weekend of 2019, MMA furthered its reach around the globe, attracting new fans and viewers with incredible fights, picturesque knockouts, and mind-blowing submissions.

In the UFC alone, there were six new champions crowned, while five belts changed hands over at Bellator MMA. Hailing from countries like Nigeria, Japan, Australia, and China, these new champions have brought a bevvy of new eyes to the fastest growing sport in the world, and with that in mind, we bring you some of the top MMA moments of 2019.

Read below to see our selections, and definitely let us know what your top picks are for MMA’s best of 2019.

While his official 2019 campaign will read three wins and zero losses, there should be an asterisk next to Jorge Masvidal’s record because he really went 4-0, albeit one of those wins was an unsanctioned backstage scuffle in London where the UFC’s BMF champ unloaded his signature “three piece and a soda” combo on Leon Edwards.

And, while we’re not really trying to condone unregulated fisticuffs here, the dust up with Edwards perfectly summarizes Masvidal’s “Gamebred” style, which was honed in the streets of Miami alongside backyard brawling legend Kimbo Slice.

Starting the year off with an upset win over Darren Till in London, Masvidal broke a coveted UFC record with his five-second KO over Ben Askren (more on that later), but it was his fight at UFC 244 against Nate Diaz that cemented Jorge Masival not only as the 2019 MMA fighter of the year, but also as the UFC’s BMF champ.

Nearly finishing Diaz in the first two minutes of the fight with a standing elbow in the clinch, followed by a head kick, Masvidal needed just three rounds to best Diaz in front of President Donald Trump at Madison Square Garden. It was a star turning performance for “Gamebred,” who proved that he’s the Baddest Motherfucker in the game.

A Chinese national from Hebei Province, Zhang entered 2019 on the heels of an 18 fight win streak, which she has now pushed to 20 victories, capped by a breakout performance in August, when she won the UFC strawweight title in just 42 seconds.

Dominating former champion Jessica Andrade for as long as the fight lasted, Zhang displayed immense power, phenomenal poise, and a killer finishing instinct. The win was made that much more special as she won the title in China, in front of more than 10,000 fans in Shenzhen, Guangdong Province.

While some pundits will argue that Zhang was gifted a title shot in order for the UFC to push their expansion initiative on the Chinese mainland, the only thing that matters is her performance inside the cage, which was absolutely flawless. In 2019, Zhang Weili proved herself to be an intimidating force in the Octagon, perfectly setting the table for 2020, when she will attempt to defend her UFC strawweight title against former champion Joanna Jedrzejczyk at UFC 248.

If anyone wants to argue that the UFC 236 interim middleweight title fight between Israel “Stylebender” Adesanya and Kelvin Gastelum is the greatest fight of all time, they’re more than welcome to do so. It’s certainly in that category. However, for now, we’re simply calling it the 2019 MMA fight of the year, and deservedly so.

For five rounds, Adesanya and Gastelum traded strikes, battering each other with power and precision. The action-packed fight went back and forth, with both fighters having their chances to finish the bout. The aren’t actually words in any language to describe the anxiety and excitement viewers felt from watching the fight. It was that sort of “edge of your seat action” that everyone hopes to witness.

In the end, Adesanya earned the decision victory, but it was not without some adversity. Rocked by Gastelum on a pair of occasions, Adesanya withstood immense pressure, only to come back and drop Gastelum four times. It was an epic performance from “Stylebender,” who would eventually go on to claim the UFC middleweight title later in 2019.

If you haven’t seen this bout yet, hop over to ESPN+ and give it a proper gander.

We alluded to this one earlier. It’s one of the top sports highlights of 2019.

Back in July, heading into UFC 239, welterweights Jorge Masvidal and Ben Askren entered into a heated exchange of words.

At the time, Askren was on the verge of a title shot and heavily favored to beat Masvidal, while “Gamebred,” a savvy and tough veteran, was a longshot to stop Askren’s “Funky” and dominant wrestling. In the end, all it took was five seconds for Masvidal to finish the fight, and even then, he really ended Askren’s night in three seconds.

With his hands clasped behind his back, Masvidal briefly circled around the Octagon before hard charging directly at Askren. Somehow aware that Askren would go directly for the takedown, Masvidal leapt into the air, knee first, landing a flush patella directly on Askren’s temple.

The knockout was immediate and brutal, however, it all happened so fast that the referee was unable to waive off the bout, allowing Masvidal to land a few perfectly placed ground strikes for good measure.

Setting a new UFC record for fastest knockout, Masvidal’s KO of Askren will be played on many a highlight reel for years to come.

Submissions are one of the staples of mixed martial arts. It was Royce Gracie and his Brazilian Jiu Jitsu that basically put MMA on the map back in 2013, choking guys out with the rear naked. Armbars, guillotine chokes, triangle chokes, and even kneebars have become part of many fighter’s MMA arsenals, but what Bryce “Thug Nasty” Mitchell achieved just a few weeks ago was so exceptional and rare that it takes the top spot on this Best of MMA list.

Taking on Matt Sayles in Washington, D.C., Mitchell became only the second fighter in UFC history to pull off the “Twister,” a complex jiu jitsu move where a fighter clasps both his opponent’s leg and neck, contorting the appendages in opposite directions. It’s a painful, brutal, and beautiful move, and Mitchell, an undefeated featherweight, remains a promising prospect heading into 2020.

For three years, the entire MMA community waited with baited breath as Nate Diaz hinted at a possible return to the Octagon. It always seemed to be a longshot, but finally, after 36 months, Diaz made his comeback, and what a splash he made.

Taking on Anthony Pettis at UFC 241, Diaz not only delivered inside the Octagon, but he also cashed in at the box office, as he finally proved that he’s one of the biggest needle movers in the UFC.

Diaz is teeing off on Pettis as round 2 comes to a close!#UFC241 pic.twitter.com/oB6cmHTcl7

Diaz looked sharp in his return to the Octagon, taking a unanimous decision over Pettis, although the fight was nearly stopped in the third round. Given the long layoff, it was one of the most impressive performances of Diaz’ career, and in the aftermath, he not only delivered a handful of witty one liners, but he also declared himself the UFC’s Baddest Motherfucker in the game, a catchphrase which went on to create a life of its own.

Making a quick turnaround, Diaz fought less than three months later, taking on Jorge Masvidal in the UFC 244 headliner. And while he was unable to capture the UFC BMF title at Madison Square Garden, Diaz proved that he’s one of the biggest stars in mixed martial arts and an all-time legend.