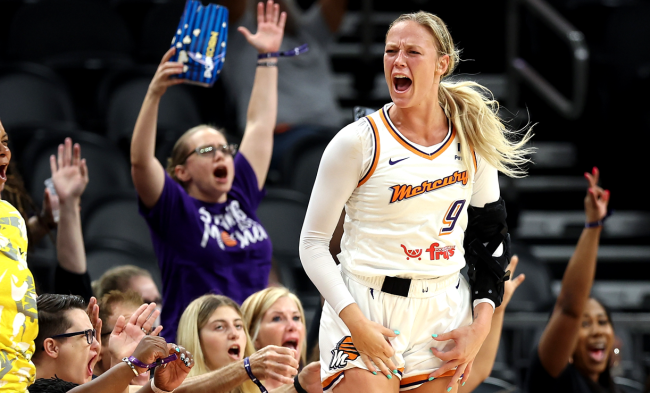 Talk about throwing a hail mary. There is no way anyone can wager $7,000 on a three-leg WNBA road underdog parlay and honestly expect to win, right? Making a bet like that shows a tremendous willingness to just throw money away, right?

Is that the greatest unlikely parlay win in the history of parlays? Maybe. It has some competition though.

Sunday night, when the Colorado Avalanche won the Stanley Cup, another ridiculously lucky bettor ended up winning $269,000 off, wait for it… a FREE bet with total odds of +53800.

There was also the bettor who won $15,000 on a insane 22-leg same game NBA parlay earlier this month.

Then there was the person who bet a 13-leg Major League Baseball unders parlay earlier this year and cashed in $45,000.

None of those bets make any sense and certainly makes one wonder just how many other bets like those are made on a daily basis that do NOT come in.

Nonsensical bets like those that actually become winners are why places like the Cubs’ Wrigley Field are adding a new DraftKings sportsbook and why an NBA owner told Charles Barkley that in the next three to five years they’re going to be making triple what they do on television revenue with sports betting. There’s simply too much easy money to be made.