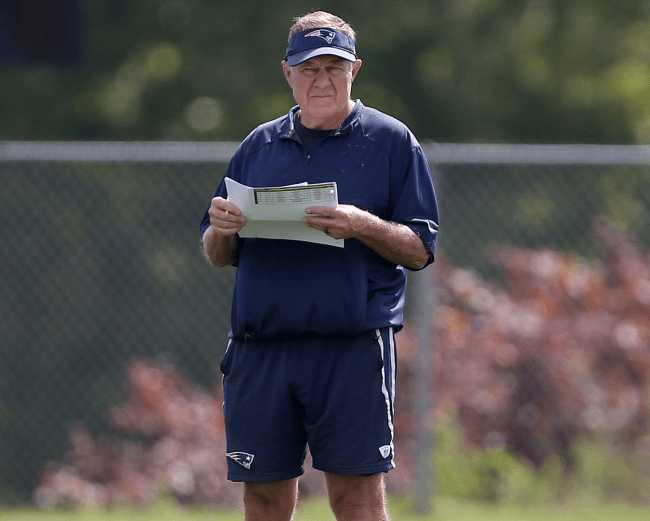 The New England Patriots and Carolina Panthers are set to team up for joint practices ahead of their preseason game this week. Both teams will practice alongside one another on Tuesday and Wednesday before facing each other on Friday.

Joint practices are good for a few reasons.

For the players, it allows them to line-up against people that aren’t their teammates. It also allows them to get different looks from other coordinators and coaches.

The two head coaches are also able to meld minds. They can share schemes, stunts, and tricks of the trade.

In this case, the two coaches are Bill Belichick and Matt Rhule. When they get together at practice this week, it will be something of a meeting between old school and new school.

Despite their differences, there are a lot of similarities between the two coaches. Belichick recently compared himself to Rhule and did so in the most Belichick way possible.

Bill Belichick talking about Matt Rhule: “He’s a football guy. So have a lot in common there. We both really enjoy football.” pic.twitter.com/rqSzYjPsw2

The two football guys will get together on the field on Wednesday and will play against one another with a roster of mostly backups on Friday. Regardless of the outcome, at least they can come together to celebrate football.