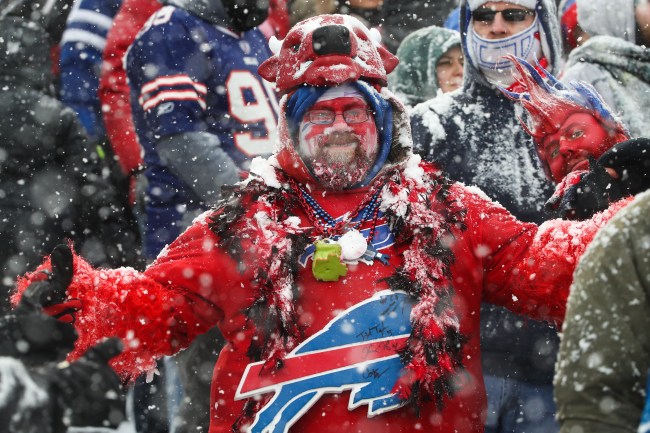 You’re not going to believe this but Bills Mafia has a sentimental side. There’s more to the fanbase that elbow dropping folding tables, lighting bonfires in opposing stadiums’ parking lots, and getting hand jobs inside their own stadium.

As the 17-year playoff drought ended unceremoniously with a 10-3 loss to the Jacksonville Jaguars in a barely-wathable AFC wild card yesterday, Bills fans showed up in droves to greet the team arriving home from Florida. This speaks volumes, considering the fan base has every right to be dismissive of a game that produced very few heart-racing moments.

In any event, Bills fans could take pride in their team making the postseason even with the NFL’s 29th-ranked offense and 25th-ranked defense. One fan tweeted at Richie Incognito, asking him for the team’s flight information so fans can greet them upon arrival. Incognito obliged.

And thousands of Bills fans showed up. On a school night.

This just happened at the Buffalo airport upon the Bills’ arrival. These fans are truly something special. pic.twitter.com/THbwx250xl

Thank you @buffalobills …. Thank you. pic.twitter.com/Z3jj8Rzq3K