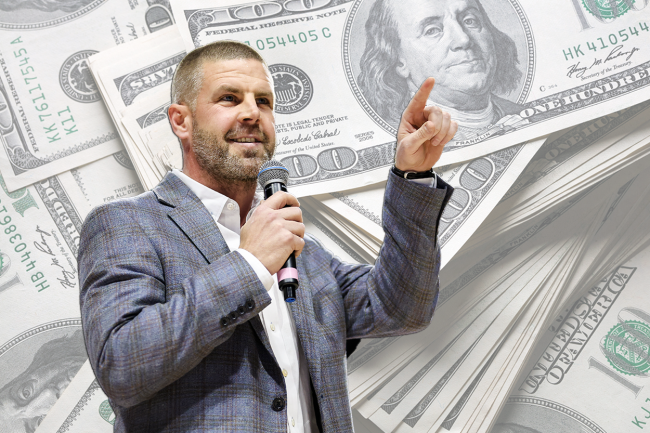 Money has always played a role in college football recruiting. Texas A&M head coach Jimbo Fisher even said so himself.

However, in today’s era of Name, Image and Likeness, money talks more than ever. The market value is inflated as deals are made in the public eye and there is more money than ever as boosters pool their money through NIL collectives.

While pay-for-play remains a direct violation of NCAA legislation, there is a lot of grey area that boosters around the country are using to find “legal” workarounds to the existing bylaws. Recruits are signing six-figure deals on the regular, and one five-star recruit already has a deal in place worth upwards of $8 million.

That is why Florida head coach Billy Napier’s recent comments on NIL should be concerning for Gators fans.

The first-year coach recently said that his program (and its boosters) will not be involved in NIL bidding wars.

“I think there is some of that, but we don’t operate that way,” Napier said in regard to NIL.

Napier also noted that college football coaches need to look at the bigger picture when talking about NIL.

“I think that NIL is a portion of the decision, right?” Napier said. “I think a lot of times when you really did into why is the player leaving where he’s at, there are other factors. All these situations are case by case. You’ve got to evaluate each situation independent of all the others.”

Napier’s comments could mean one of two things:

1. Lying
2. Going to lose a lot of football games https://t.co/pRAO8hhwXa

If Florida is truly not using NIL in any capacity, it will miss out on many — if not all — of the top recruits to programs that are willing to pay. In turn, if Florida is missing out on top recruits, it will lose. Money has always and will always be a significant ingredient in the recipe of success within college football, particularly within the SEC.

Billy Napier could also be lying about Florida’s involvement with NIL bidding wars.

Considering Florida’s standing in terms of NIL collectives, it is a realistic possibility that Napier is simply blowing smoke. There are two major, separate entities that are currently in place to benefit athletes at Florida — Gator Collective and Gator Guard.

Gator Collective was the first of its kind and essentially birthed the term “collective,” which is now used ubiquitously. It is also unique because Gator Collective has a deal with Gator Properties that allows it to advertise in University of Florida venues.

Members of the Gator Collective typically make small donations. It is more of a crowd-funding effort, asking for $10 or so per month.

Gator Guard, on the other hand, targets wealthy boosters. The goal of Gator Guard is to accrue as much money as possible from well-heeled boosters to keep Florida competitive in the space.

Here is what prominent Florida donor Hugh Hathcock, who runs Gator Guard, had to say about their mission in recent comments to InsideTheGators.com:

“If Texas A&M is buying their class like they did last year for millions of dollars, and it’s fair, and it’s legal, and it’s part of the NIL landscape, that means Florida should have the funds, and a NIL partner like Gator Guard that provides them the opportunity to do that.”

That just about sums it up. Florida has two different collectives that serve very different purposes.

And yet, according to Napier, the Gators are not involved with all of that. He could be referring to the school itself, tapping into that NIL grey area around boosters. Or he could be lying. The existence of two collectives would hint at that being a possibility.

He could also be telling the truth. But if that is the case, Florida is in trouble.