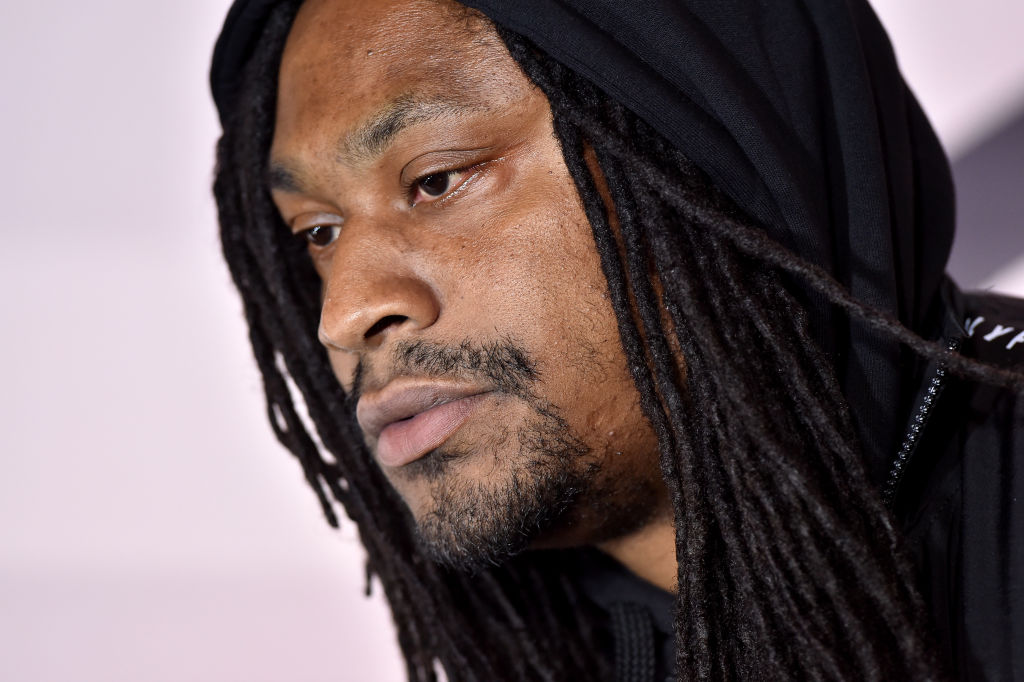 More details have emerged from Marshawn Lynch’s DUI arrest in Las Vegas, and they are absolutely bizarre.

On Tuesday, the former NFL running back was arrested on suspicion of DUI after police found him sitting on the side of the road while his car had visible damage and was missing a tire.

In the report, cops say they initially found Lynch at around 7:25 AM on Aug. 9 asleep at the wheel of a 2020 Shelby GT500 near the strip in Las Vegas.

According to officers in the docs, Lynch’s car was beaten up — missing a tire and rim, while displaying “dents and dings” elsewhere. They also said roadway markings seemingly showed Lynch’s car had slammed into sidewalk areas repeatedly before it had come to a stop.

TMZ got a hold of the police report and cops claim Lynch was falling and out of sleep during questioning. According to police, Lynch bizarrely told them that he was not drunk but that he had stolen the car.

Cops in the docs say when they were trying to speak to Lynch, he would talk, but would “then fall back asleep several times throughout the encounter.”

Cops noted Lynch had just one shoe on, and claim the former Seattle Seahawks running back smelled like an “alcoholic beverage.”

During the stop, cops say Lynch “stated that he was not drinking and he does not do drugs, but that he stole the vehicle.”

Lynch then allegedly refused to get out of the car after officers asked him to exit the ride.

The 36-year-old was eventually arrested about half an hour after the stop was initiated … but cops in the docs claim he continued to be uncooperative after officers had obtained a search warrant to get a blood sample from him.

“Lynch was not cooperative or willing to comply with the Search Warrant and corrections officers from the City of Las Vegas had to use a restraint chair to force a blood draw,” officers wrote in the police report.

Lynch was ultimately booked on several charges, including DUI.

Lynch’s lawyers released a statement regarding the arrest.

“Marshawn was not pulled over for a DUI. Rather the vehicle was safely parked and not in operation. We are confident that when all evidence is presented, this will not be a DUI under Nevada law. Marshawn appreciates and is thankful for everyone’s concern and support.”