Boise State, Of All Schools, Is On The Cutting Edge Of NIL After Taking Aggressive Approach From Day 1 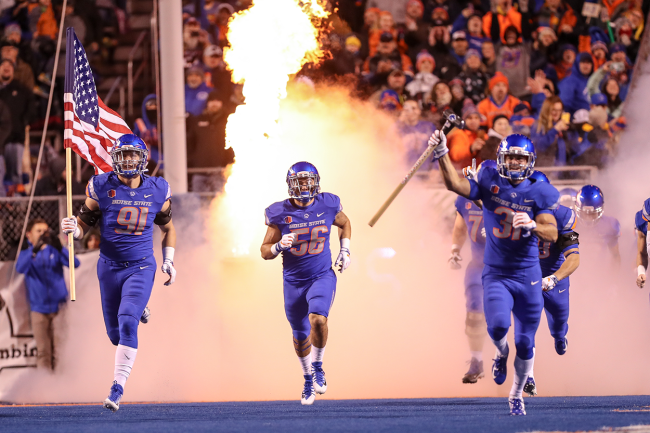 When the NCAA adopted its “interim” rules on Name, Image and Likeness almost 365 days ago, there was no telling what to become. The entire landscape of collegiate athletics quickly became the wild, wild West as programs across the country scrambled to figure out what to do.

Boosters at some schools immediately began bank-rolling rosters, collectives started to form around the country, and previously unpaid athletes started to collect paychecks for appearances, endorsements and other ventures. Meanwhile, for the most part, schools had absolutely no idea what to do.

Athletic departments around the country had a completely new way of operating thrust upon them with no education and little warning. It was, and is, chaos.

As the one-year mark quickly approaches, a lot of schools are starting to figure out how they can fit into the NIL space. Many of them have turned to in-house NIL agencies, like USC’s BLVD that Lincoln Riley used in his direct plea for NIL opportunities earlier this week.

The Boise State Broncos are on the cutting-edge of NIL after going against the grain from Day 1.

Back on July 1, 2021, Boise State went in a different direction than many of its Division-I counterparts. The school formed an in-house agency that handles individual endorsements and group licensing. It also assigned a former communications executive to represent Broncos athletes in finding NIL opportunities.

The aggressive approach was not shared by many, if any, schools at the time. Other athletic departments were staying out of deal-making entirely and let their athletes facilitate their own commercial activity by hiring outside agents.

In Idaho, however, state law did not prevent Boise State from forming its own in-house agency. The Broncos agency provided and negotiated deals on behalf of their athletes and almost every athlete on campus has opted into the program.

The athletic department does everything except for collecting payment.

So now, as schools take a more active role in facilitating deals in Year 2 of the NIL era, Boise State is already there. It’s way ahead of the curve and the school has big plans for how to continue to grow in the NIL space.