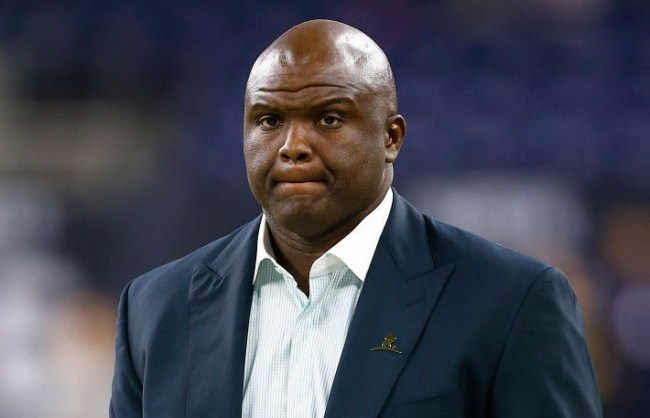 A few years ago, I was in the infinitely enjoyable throes of unemployment when I got the opportunity to audition for a job with a pretty major player in the sports media realm that would’ve granted me the chance to get paid to regularly appear on a show to talk about the biggest stories of the day.

Many people would consider it a dream job, and while I made it through the first round of tryouts, I eventually decided to turn down the offer to return for the second one after doing what so many radio and television personalities out there refuse to and admitting to myself that I lacked the sports knowledge required to serve up takes for a living.

There are many people out there who subscribe to the adage “fake it ’til you make it” when it comes to burdening a responsibility you’re aware you’re not very well equipped for, and over the years, a countless number of them have been able to stumble upward into pretty prominent positions.

This includes Booger McFarland, who did what so many professional athletes before him have done when he opted to pursue a career in broadcasting after his time in the NFL came to an end, and a little over a decade after he retired, he found himself as the newest member of the Monday Night Football crew in 2018.

The former player burst onto the scene in a big way when ESPN debuted the infamous “BoogerMobile” that served as his home on the sidelines in 2018 but his absurd ride was quickly overshadowed by the bizarre analogies and a long string of questionable takes that made people wonder why the network had tapped him in the first place.

There were even more questions when he was promoted to join Joe Tessitore in the booth last season but the change of scenery simply gave him more chances to routinely make viewers scratch their heads.

After the end of the regular season, there were rumors McFarland’s job was in danger, and last week, we learned that neither he nor Tessitore will be returning to Monday Night Football this year, meaning NFL players will need to find someone else they can dunk on for our enjoyment.

McFarland recently reflected on his brief stint while talking with The New York Post, where he said he didn’t let the constant criticism get to him thanks to the thick skin he’s developed over the course of his career:

Anytime you are the biggest fish in the pond, you have to deal with a lot of things.

For me, I always try to approach things and I’ve always learned that the best approach is the humble approach. That is the way I go about things. Unfortunately, you can’t control what other people say.”

The outlet reports McFarland will likely serve as an analyst in the studio for ESPN for his next gig, and while the details are still being ironed out, that sounds like a great move because they definitely don’t have enough people at their Bristol headquarters who have no clue what they’re talking about already.