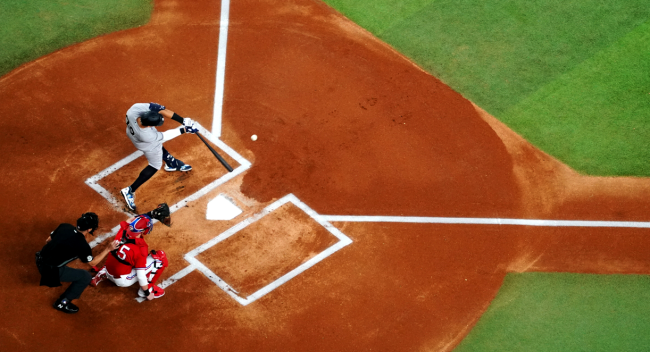 One of the great things about Aaron Judge finally hitting his 62nd home run of the season and surpassing Roger Maris is the fact that we won’t have to see nor hear from Roger Maris Jr. for awhile. (The fact that college football games won’t be interrupted by baseball anymore is a very close second.)

The reason most baseball fans are happy to not have to hear from Roger Maris Jr. anymore is because so many of them are tired of hearing about how Aaron Judge, not Barry Bonds, is the “real” all time single season home run record holder.

“I come down on the side of Roger Maris Jr.,” Esiason said Wednesday morning. “That Aaron Judge, in my eyes, because of what those guys did in the early ’90s and how much their bodies changed.

“You know, there was obviously a major impact that it had on them hitting all those home runs,” Boomer continued. “And being aggressive and it changes your whole composition. It’s not just your body physically, but it also changes you mentally.

“I have to sit here as an objective sports analyst and I would have to say, in my eyes, Aaron Judge is the home run king.”

"In my eyes, Aaron Judge is the Home Run King" @7BoomerEsiason pic.twitter.com/mcc1C6Vy3V

As one should expect, that hot Aaron Judge take by Boomer Esiason isn’t sitting well with a lot of fans

“Cool, when the Yankees give up all WS titles that petite,Clemens, or AROD participated in, I’ll agree. Until then BONDS,” one fan tweeted.

“I hope that Boomer doesn’t break anything falling off of his high horse,” another commented.

Boomer wrong about something. Never happens.

For what it’s worth (nothing), fellow WFAN radio host Brandon Tierney opened his show with Tiki Barber on Wednesday by proclaiming, “Finally! Finally a chance to delineate between what’s real and what’s not and to have Aaron judge’s name featured prominently at the top of the single season mark rather than buried beneath a bunch of juiceheads!”

“That’s not gonna happen because everybody still appreciates and loves the 73 home run season of Barry Bonds,” Barber replied, accurately, with a chuckle as the two launched into yet another futile argument about Major League Baseball’s home run records.