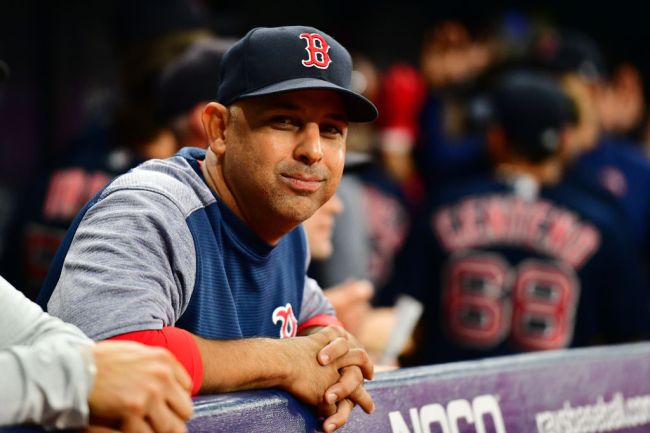 In a year of baseball that seems to have been different than anything we have seen, the game continues to get stranger and stranger. Things might get even more bizarre however as Alex Cora is rumored to be coming back to the same team that just fired him this same year. Cora received a season-long suspension after the commissioner’s office found he played a pivotal role in the Astros sign-stealing scheme in 2017. After serving that suspension this year, Cora now is considered to be a front runner as the manager of the Boston Red Sox once again.

According to The Boston Globe’s Alex Speier, the Red Sox have spoken with Cora “multiple times” since his suspension ended. According to Speier, some of the candidates the team has already spoken to have been informed the team they are no longer in consideration for Boston’s managerial opening, while others have been welcomed back for second interviews. A range of candidates for the job have consisted of Pirates bench coach Don Kelly, and Yankees bench coach Carlos Mendoza.

It was only January 14th of 2020 that both the Red Sox and Cora released a statement informing the league and fans that the two sides would be parting ways as the team “collectively decided that it would not be possible for Alex Cora to effectively lead the club going forward.”

Now Cora finds himself not even a year later getting close to putting on the same uniform he recently wore. Cora went on to win a World Series in 2018 with the Red Sox during his tenure which has to be a good reason both the organization and the city of Boston are willing to forgive and forget.