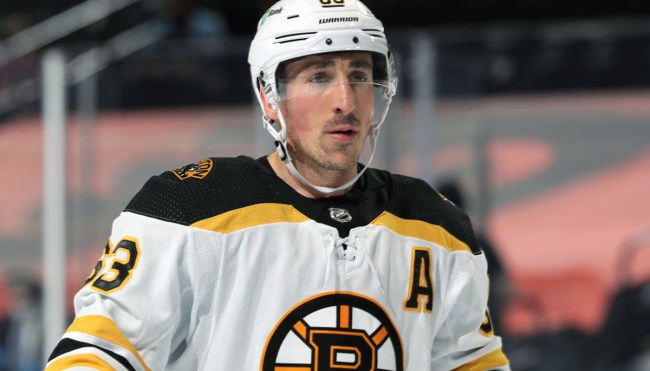 You’d be hard-pressed to find many hockey fans who’d argue the Winter Olympics are more enjoyable when the game’s biggest names aren’t allowed to compete, and it seemed like we were going to be in for a treat when the NHL decided to allow players to make the trip to Beijing earlier this year after the league sat out the 2018 Games in PyeongChang.

Sure, Team USA may not have done much to add to the excitement with the jerseys it unveiled prior to the competition, but I think most people would prefer to have pros skating in the ugliest sweaters ever created than watch a bunch of minor leaguers and college players face off while dripping with swag.

Unfortunately, the worst-case scenario was realized last week when the NHL announced its decision to withdraw from the 2022 Winter Olympics thanks to a surge in cases that has crippled leagues across the world of sports (it will reportedly now use the lengthy schedule break to make up the spate of games that have been canceled in recent weeks).

After the news broke, a number of players voiced their displeasure with the development, but no one has had a more scathing reaction than Boston Bruins forward Brad Marchand. The notorious pest was slated to represent Canada for the first time, and based on what he had to say when asked about the league’s decision, it appears he seems to think the NHL was really using COVID as a convenient excuse.

Brad Marchand is very disappointed about the NHL's ruling on the Olympics:

"I know at the end of the day, they don't care about the Olympics, they don't make money on it. And that's ultimately what this is — it's a business. And we're an asset." pic.twitter.com/zuNDTeZZNm

“Very disappointing. That’s something that was promised as part of the CBA when we last signed a deal. Almost felt like they were trying to get out of it for a while, and they didn’t want us to go.

“I know at the end of the day, they don’t care about the Olympics, they don’t make money on it. And that’s ultimately what this is — it’s a business. And we’re an asset. Let’s just call a spade and spade.

It’s the Olympics, it’s the best of the best. If you’ve earned the right and the opportunity to go there, you should have the option to go play.”

Tell us how you really feel, Brad.