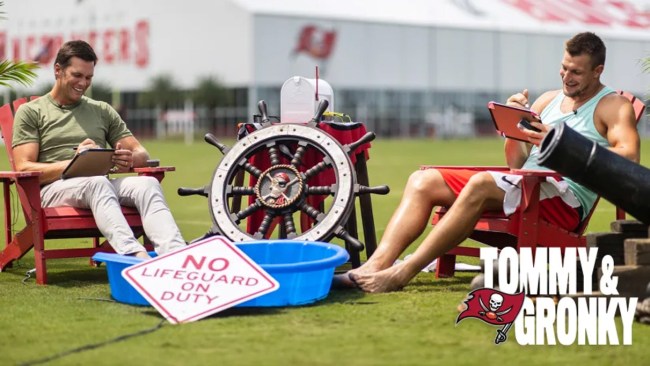 I know, right? Could these two be bigger dorks?

As you can see from those first two episodes of Tommy and Gronky the answer is resoundingly “no.”

That being said, dorks like Brady and Gronk can also be rather entertaining at times.

Unfortunately, their latest episode is probably not one of those times. (Although it did produce this GIF, which is pretty darn entertaining.)

This week, on episode three of Tommy and Gronky, the two future Hall of Famers decided to read a few mean tweets about themselves.

Some examples of the mean tweets Brady and Gronk chose included…

“Brady, McCoy and Gronk are like 120 years old combined.”

“[Gronk] runs heavy, looks like he’s carrying a thousand pounds of weight when he runs.”

Warning: you may cringe really, really hard when you first hear Tom Brady refer to Gronk as “Robby G.”

And again when you watch Gronk trying to read words.

And, well, basically throughout the entire video.