Tom Brady Explains Why He Didn’t Shake Nick Foles’ Hand After Bucs’ Loss To Bears, Or Tried To At Least 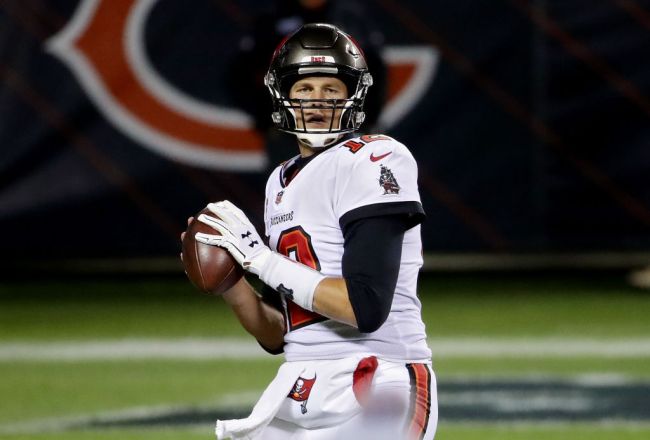 There was plenty of drama during the Bucs-Bears Week 5 matchup earlier in the season. Not only was it a tight game that Chicago won 20-19, but Tom Brady also had an all-time blunder not realizing it was fourth down during Tampa Bay’s final possession. The real talking point following the game didn’t have anything to do with the game itself, however, it had to do with the fact that Brady didn’t shake Nick Foles’ hand after the game.

Just 10 days later, in Tampa Bay’s next game, Aaron Rodgers and the Packers annihilated the Bucs 38-10, and fans took notice that Brady made it a point to shake Rodgers’ hand after the game.

Brady was finally asked about not shaking hands with Foles a couple of weeks ago and his explanation was uh, let’s say, questionable.

#GoBucs QB Tom Brady says of not shaking hands with #Bears QB Nick Foles: "I don't think it's anything in particular except I have great admiration for Nick and he's off to a helluva start.'' Says he knows Drew Brees and Aaron Rodgers better.

It’s a tough look for Brady no matter which way you cut it. Foles is of course known for being the Eagles’ backup quarterback that led them to a Super Bowl over Brady’s Patriots back in 2017. Brady didn’t shake Foles’ hand after that particular contest either.

On the one hand, you could possibly give Brady the benefit of the doubt here saying that he was pissed off with himself after the brutal one-point loss a couple of weeks ago and wanted to get out of there as quick as possible, but the argument to that is where’s the class in that?

At the end of the day, this is a story about two grown men not shaking hands after a football game. It may not look good for Brady, but it doesn’t matter, at all.