Brandel Chamblee Offers His Thoughts On Tiger Woods’ Possible Schedule: ‘Anything Else We Get Is Gravy At This Point’ 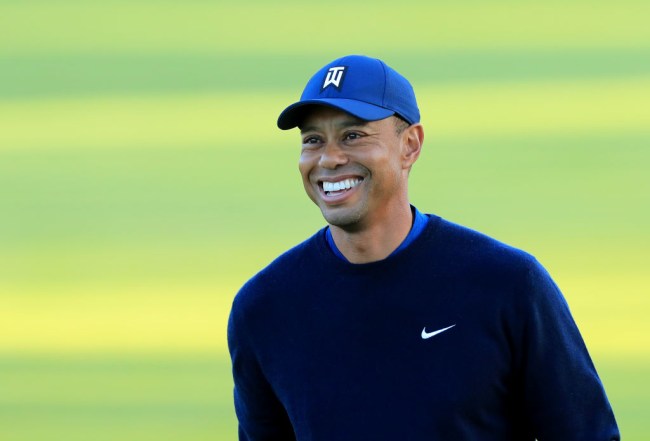 While it is finally tournament week again on the PGA Tour and the field for the Charles Schwab Challenge is absolutely loaded, there is one name missing from the tee sheet: Tiger Woods.

It isn’t a surprise to see Woods not tee it up this week in Fort Worth, but given the fact that he skipped out on The Players in March due to back pain and his last tournament round was at the Genesis in February the question of ‘when will we see Tiger again’ is on a lot of people’s mind. Yes, we saw him play in ‘The Match II’ in May, but that was an 18-hole charity exhibition, not a full tournament week.

While a majority of people are speculating his next tournament could be next week’s RBC Heritage, Brandel Chamblee is here to remind us all that we’re most likely not going to see Woods tee it up as much as we’d like and everything we get from here on out is ‘gravy.’

“I think Tiger in his own way has sort of hinted that whatever events he’s going to play the rest of his career are going to be very minimal,” Chamblee told GolfWeek. “He, I think, is trying to stretch out his body, you know, the wear and tear on his body, and see how long he can be competitive in major championships. … I think he is being very cautious about wearing out his body.”

“For the week-in, week-out fan, it’s disappointing we’re not going to see more of Tiger Woods. But I would just say, look, we’ve had our run. Anything else we get from him from an entertainment standpoint is gravy at this point. All of us have gotten to see the greatest golfer of all time and he’s authored two, maybe three of the greatest comebacks the sport has ever seen,” Chamblee said. “So he’s already given us, you know, Secretariat, Brett Favre, Jack Nicklaus all rolled into one. So, what more could we ask for from him?”

When healthy, Woods is still among the greatest golfers on the planet despite the fact he’s about 15 years older than most of the other top players in the world.