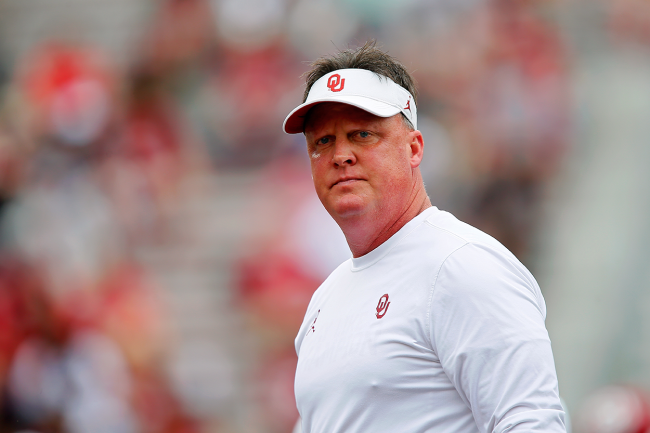 University of Oklahoma football assistant Cale Gundy resigned from his post after 22 years with the program on late Sunday evening. It was completely unexpected, but head coach Brent Venables believes it was the right decision.

Gundy, who has been with the Sooners in various roles since 1999, was most recently the assistant head coach and wide receivers coach. His resignation stems from the usage of a racially-charged word during a team meeting.

According to Gundy, the situation unfolded after he noticed a player who was not paying attention after being asked to take notes. He says that he then went over to the player and asked him to hand over his iPad. The player obliged and Gundy read what was on the iPad out loud.

However, in doing so, Gundy claims that he said “one particular word” that he never should have said. Emphasis on the word “one” — which made it sound like he said one word, one time, whether he intended to make it sound that way or not.

In a lengthy statement, Gundy apologized for his mistake and took responsibility for his actions. He also said that it was unintentional and without malicious intent.

He said that Gundy said the “racially-charged” word not once, but “multiple times.”

To make the situation even more chaotic, Gundy’s daughter appeared to respond to Venables’ statement in a since-deleted tweet. She claimed that Venables has told his players to “keep their mouths shut” about the situation.

In a since-deleted tweet, Cale Gundy's daughter Cat responded directly to Brent Venables' statement on her father's resignation and claimed that the Oklahoma head coach has silenced players from telling the real story. pic.twitter.com/tDOOR9gq7H

Cat Gundy should have known that things on the internet do not go away, even if they are deleted. Her claim appears to say that Venables is not telling the whole truth. It will be interesting to see what comes from the situation, whether that be litigation or otherwise.