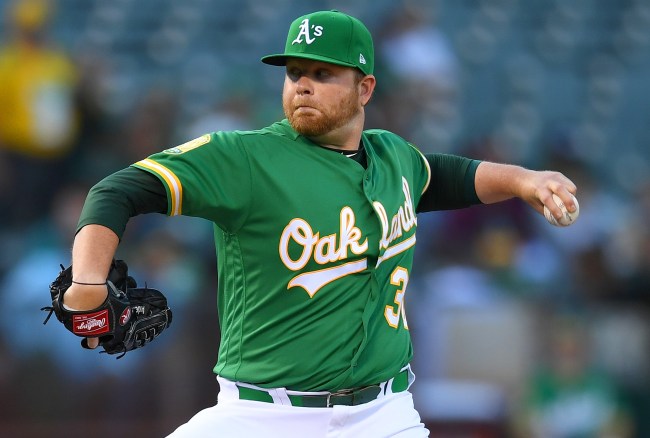 Brett Anderson knows that the Oakland Coliseum is a real piece of shit. Hell, the thing is massively oversized, is run down, an eye soar, doesn’t have a whole lot of amenities for players or fans, and, after being built to house an NFL team (the Raiders), that same franchise decided to up and move to Las Vegas because their home venue was miserable. Such is the sad life of a player who’s forced to play in that stadium for home games.

However, because the Oakland Coliseum is such a garbage sports venue, it does give Brett Anderson some ammo as to why his team could never get away with an elaborate cheating scandal in baseball like the Houston Astros did. With the Astros reportedly using all sorts of technology (and good ol’ fashioned garbage can drumming) to steal signs, the left-handed A’s pitcher hilariously roasted his now former team’s stadium as a reason why Oakland could never successfully be caught cheating.

During a recent article from The Athletic, here’s what Anderson had to say when asked about the possibility of the A’s cheating in baseball; which is an absolutely epic explanation.

“I know the A’s weren’t cheating. Because, one, I don’t know if they could afford it. And to relay from (expletive) 300 yards away in the video room? What were we going to do, get some vendor to throw some popcorn up in the air, or something? It’s too (expletive) far to relay something.”

Anderson joked the only way for Oakland to communicate would be through the ballpark’s decaying infrastructure. “The lights go out, it’s a curveball,” Anderson said. “If there’s a sewage backup, it’s a fastball.”

That’s just a solid burn right there, guys, and speaks to how some of these ballplayers really feel about going out to a monstrosity of a ballpark that’s shitty to play in. It’s no wonder why Brett Anderson decided to leave the A’s this offseason and sign with the Milwaukee Brewers — because, while the weather in Milwaukee might not be as nice, at least the stadium doesn’t feel like a garbage dump.