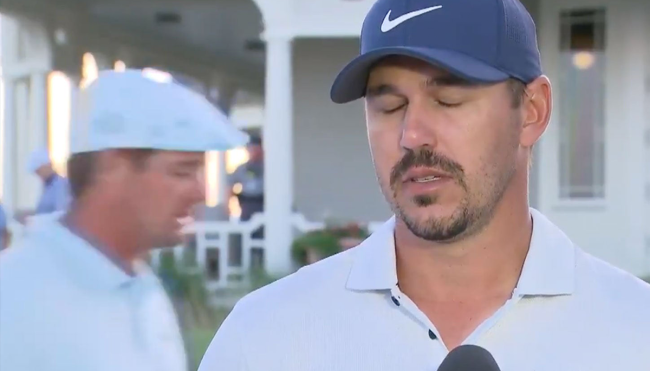 When Tiger Woods burst onto the scene in the 1990s, he gave the sport of golf a much-needed shot in the arm and helped draw countless numbers of new fans to a game that needed a dominant and fiery ambassador like him to broaden its appeal.

For the past couple of decades, Tiger has remained the primary draw on the PGA Tour. However, unless the 45-year-old legend manages to stage another improbable comeback following his car accident earlier this year, it seems like it’s only a matter of time until the torch is passed to a new generation of players.

Last year, Bryson DeChambeau turned plenty of heads when he decided to spend the free time he had as a result of the pandemic to transform into an Absolute Unit capable of crushing some truly absurd drives. He’s also garnered plenty of attention in recent weeks courtesy of his burgeoning feud with Brooks Koepka.

The two men have had a fairly rocky relationship for a while, but things really escalated at the PGA Championship a couple of weeks ago when Koepka didn’t attempt to hide his displeasure after DeChambeau crashed an interview in a leaked clip that took the internet by storm.

Since then, they’ve repeatedly traded barbs on social media to create the best rivalry the PGA has to offer right now. While that incident may have been the primary catalyst, it was unclear exactly what Bryson did to piss off Brooks as much as he did, but thankfully, the latter provided us with some insight into exactly what went down while speaking with the media ahead of the Palmetto Championship.

Here’s what Brooks Koepka had to say about the leaked Bryson video.

-not upset the video got out
-doesn’t live with regrets
-said Bryson was “very, very loud” pic.twitter.com/ZTXBH7PPwX

Most people were probably hoping for a juicier explanation, but even if Koepka’s reaction was somewhat overblown, I’m very here for it thanks to the Tremendous Content we’ve been treated to as a result.