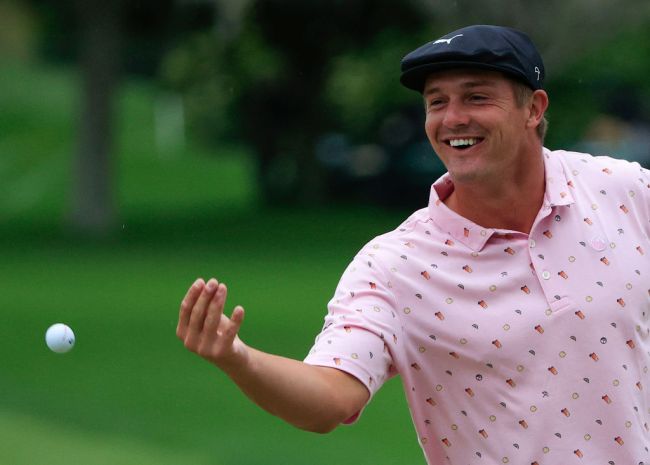 Golf Twitter is turning into NBA Twitter as the Brooks Koepka – Bryson DeChambeau rivalry continues to build, and it’s absolutely incredible. There are already so many layers to the drama and Koepka decided to add one more on Wednesday afternoon with a subtle, yet impactful tweet.

On Wednesday it was announced that Phil Mickelson and Tom Brady would be taking on Bryson DeChambeau and Aaron Rodgers in the next edition of ‘The Match.’ Shortly after the news broke, Koepka jumped on Twitter to send his apologies to Rodgers since he’ll be forced to tee it up alongside DeChambeau.

DeChambeau replied to Koepka an hour later, and got the last laugh, at least for now.

@BKoepka It’s nice to be living rent free in your head!

These are just the most recent shots that have been fired over the last few days.

Earlier this week a video was leaked on Twitter showing just how much Koepka can not stand DeChambeau. While Koepka was explaining how tough it was to putt in the conditions on Friday at the PGA Championship, DeChambeau walks directly behind him, in which Koepka reacts by closing his eyes in disgust multiple times.

Koepka stops and says “I lost my train of thought hearing that bulls-it” before the interview ends on that note.

DeChambeau responded to the Koepka interview shortly after it made the rounds on social media by posting a video of him lifting weights and then commenting underneath the video itself.

The rivalry between DeChambeau and Koepka really started at the 2019 Northern Trust Open when DeChambeau took a ridiculous amount of time over an 8-foot putt during the tournament.

Koepka, who had been vocal about his frustrations with slow play, didn’t like it, and it was later reported that DeChambeau approached Koepka’s caddie at the event saying that if Koepka has a problem with his slow play, he should talk to him about it face-to-face.

Fast-forward a bit, the two have shared some moments on Twitter and Koepka essentially accused DeChambeau of using steroids in regards to his quick bulk-up after winning the 2020 Rocket Mortgage Classic. There was the whole incident with the ants in Memphis, too, which is an all-time moment as well.