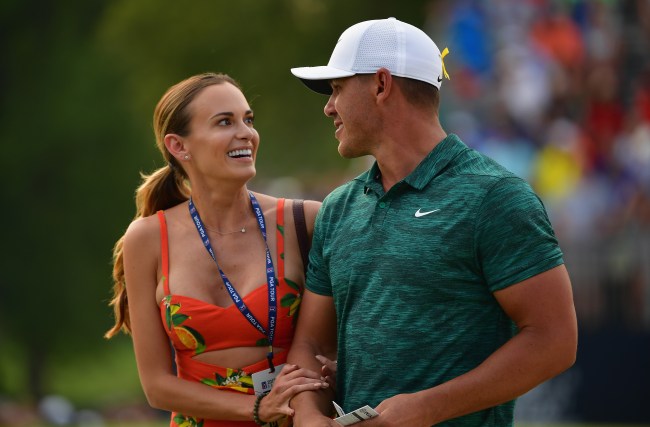 There’s an antiquated maxim that dictates men should spend at least 3 months salary on an engagement ring, a depreciating asset with no practical functionality.

Newly engaged Brooks Koepka has raked in $2.8 million in the first three months of 2021 thanks in large part to a $1.3 million payday for winning the Waste Management Open in February. In no Sandler from Uncut Gems, but I’d be willing to wager that Brooks dropped the full three months salary on this diamond-encrusted Hot Pocket he gifted longtime girlfriend Jena Sims.

(Fellas: If your girl’s iPhone case looks like this, save yourself some time and RUN).

Let’s compare this to the ring I purchased my lady this past summer, which I just finished paying off last month. Can I borrow someone’s microscope? 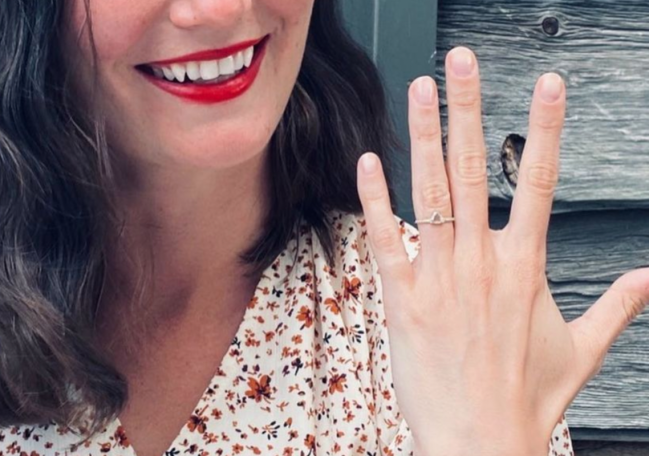 …It looks bigger and shinier in person I swear. And her fingers are long. And most importantly it’s Conflict Free because no one else wanted to buy it. Vegas is taking the under on us lasting 6 months.

Koepka purchased his rock from “Insta-famous jeweler” Stephanie Gottlieb after she and Sims decided on a “a very elongated radiant [cut]” nearly four (4) months ago. Brooks, who evidently has no concept of the internet, then flew up to New York to choose the stone.

While the designer did not reveal just how big the stunning rock is, she told an inquiring Instagram follower that her guess of 10.5 carats is “not even close” to the real weight. [via Page Six]

Congrats to the very rich and very happy couple. May there never again be another national television kiss snub.

Rejection of the week courtesy of Brooks Koepka.

And for those of you who still subscribe to the 3-month rule, relieve yourself of the burden. According to the New York Times, the median American spends about 4 percent (or two weeks) of annual pretax income on an engagement ring.

See you fellas at the kiosk in the mall right outside of Build-A-Bear.