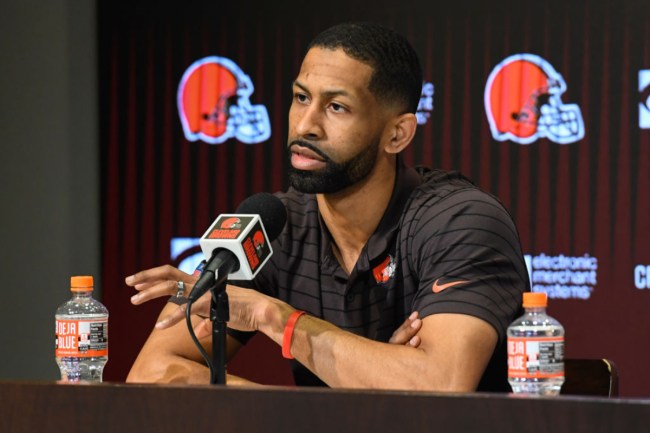 Baker Mayfield recently said that he feels “disrespected” by the Cleveland Browns, which is understandable. The Browns went out and traded for Deshaun Watson, and even with his looming civil cases, have essentially given him the keys to the franchise.

Mayfield has every reason to be angry about the situation that’s unfolding in Cleveland.

“I feel disrespected, 100%,” Mayfield said on the ‘Ya Neva Know’ podcast with Mike. “Because I was told one thing and they completely did another. That’s what I’m in the middle of right now.”

Cleveland general manager Andrew Berry isn’t about to take any of the blame for Mayfield feeling disrespected.

Instead, Berry is pointing the finger at Mayfield’s representatives for not being transparent with Mayfield.

“We were very transparent with his reps,’’ Berry said during his Friday press conference, according to Cleveland.com.

It’s interesting that Mayfield said he was “told one thing and they completely did another.” Mayfield will of course trust his reps and the people in his corner, but the way Berry explains it, maybe it was the QB’s reps that weren’t completely honest about the situation.

Neither Berry nor Mayfield is going to say ‘hey, I screwed up here’ or ‘I misinterpreted the situation” though, of course.

Mayfield made it abundantly clear he wants out of Cleveland shortly before the Browns traded for Watson. The Browns are taking their time in finding a potential suitor for Mayfield, however.

Berry explained that the organization’s focus right now is on the upcoming NFL Draft and that he’ll shift his focus to dealing with Mayfield after the draft wraps up.