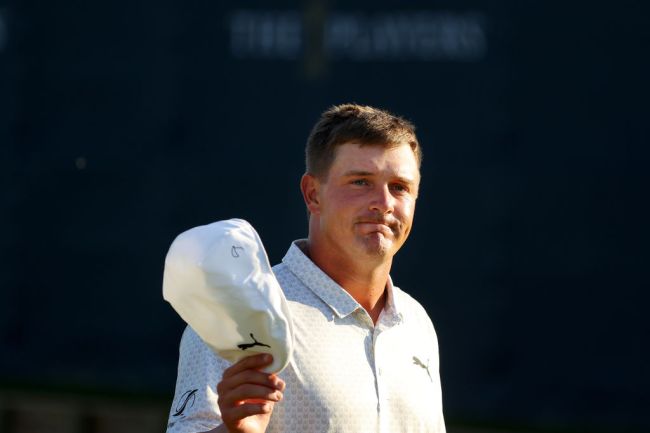 Bryson DeChambeau recently became the first golfer to step into the NFT (non-fungible token) world releasing five limited edition cards that people could acquire via auction. Less than 24 hours after his announcement, it appears some shady business may be going down, which for anyone that’s paid attention to NFT’s at all, this shouldn’t come as a surprise.

Eric Patterson of The Score has been paying close attention to the bidding going on for DeChambeau’s NFT’s and made note of some questionable developments taking place.

Three of DeChambeau’s NFT’s sold on Tuesday afternoon well before the auction was scheduled to end. It’s worth noting that bidders were supposed to be able to cancel their bid before the auction closed, but it appears that isn’t a possibility. Patterson spoke with one bidder who was considering canceled, but now they’re unable to do so.

I spoke with one buyer who was considering canceling before the 10PM deadline. they are not pleased.

"Not even sure what to do."

This could very well just be a bug in the system, but having three cards sell hours before the auction ended in which there was just one bid on each of the three cards is a bit fishy. There are four other cards that have received bids, but those are still up for auction. Did DeChambeau, or the team at Open Sea, accept offers early in order to show they were able to sell a few of the NFT’s while the auction got off to a slow start? I guess we’ll have to wait and find out.

my view – Bryson basically accepted offers on NFTs that had very little traction to guarantee a sale because the bid could be canceled at any time.

the other NFTs with offers (only 4 of them) have yet to be sold.

DeChambeau’s NFT offers five different versions of digital trading cards, which are created through Blockchain, the same tech behind Bitcoin and other cryptocurrencies. The only way you can bid on these cards is with Ethereum.

‘The Distance’ card is a 1 of 1 and will hold the highest value. The winning bidder of ‘The Distance’ card is set to receive a meet-and-greet with DeChambeau at a U.S. golf event, an autographed U.S. Open flag, a custom set of Cobra golf clubs, a $1,000 Bose gift card and six dozen Bridgestone golf balls. The other four cards are named ‘American Champion,’ ‘Swing,’ ‘Red’ and ‘White’ and each of those has 18 editions are being auctioned off individually.