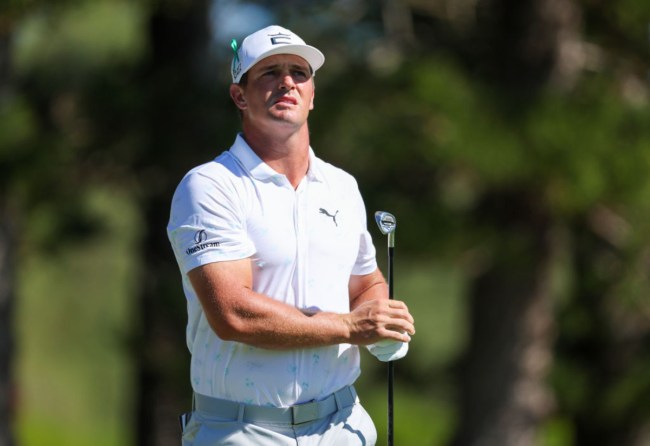 The rumors about Bryson DeChambeau, and specifically his future on the PGA Tour, have been swirling. On Monday, he shut those rumors down, however, with a statement of his own.

Reports suggested that the 2020 U.S. Open winner told players at the Saudi International earlier this month that he was done playing PGA Tour events. DeChambeau released a statement on Monday afternoon making it clear that isn’t the case at all.

“I am currently in the process of rehabbing a hip and hand injury, which I am making positive progress on day by day,” DeChambeau wrote.

“There are many false reports going around by the media that are completely inaccurate,” DeChambeau wrote. “Any news regarding my health or playing schedule will come directly from me and my team only. This is just another inaccurate report. I look forward to getting healthy and seeing everyone soon!”

The rumor about DeChambeau being done with the PGA Tour directly coincides with the various reports that he was offered $135 million to join the proposed breakaway Saudi Golf League that has been making headlines.

Due to his injuries, DeChambeau did not tee it up in last week’s WM Phoenix Open and is not in the field for this week’s Genesis Invitational.

DeChambeau has played in two PGA Tour events in 2022, the Sentry Tournament of Champions and the Farmer’s Insurance Open.