NASCAR Star Bubba Wallace Talks To Kevin Hart About The Daytona 500, Pooping During Races And More 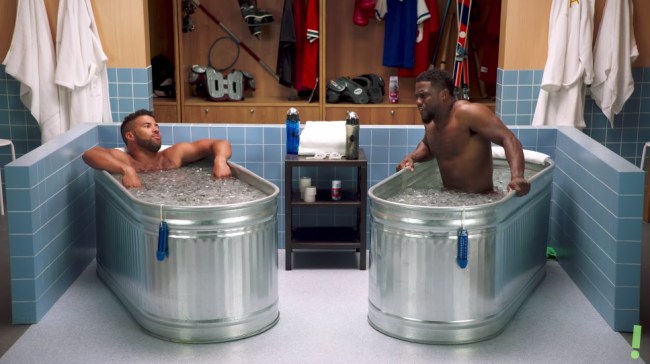 Kevin Hart has been killing it with his list of guests this season on his YouTube show Cold As Balls.

And now this week, NASCAR driver Bubba Wallace, gets the treatment, taking, as he says, the first ice bath of his life.

As is almost always the case when guests appear on the show, Wallace started things off with a solid short joke at Kevin Hart’s expense.

“You know I do my own stunts in movies. So I know all about crashes,” said Hart. “I don’t know if you’ve seen the movie called Ride Along?”

Some other highlights of the show include…

• Wallace discussed finishing second in the 2018 Daytona 500 and making history with the highest finish by a rookie as well as the best finish ever by an African-American driver.
• Bubba also revealed how much he hates Talladega Nights, his relationship with his pit crew, and his ultimate goal in racing.
• Kevin had questions about going to the bathroom during long races like the Daytona 500 (easily the best segment). 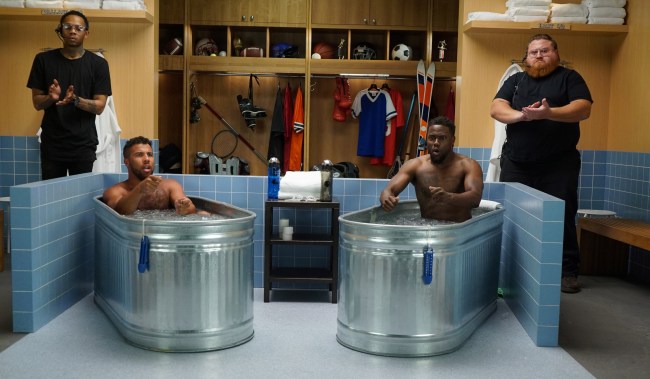 That doesn’t actually get discussed, I just saw it on Wallace’s Twitter today. Enjoy the show…