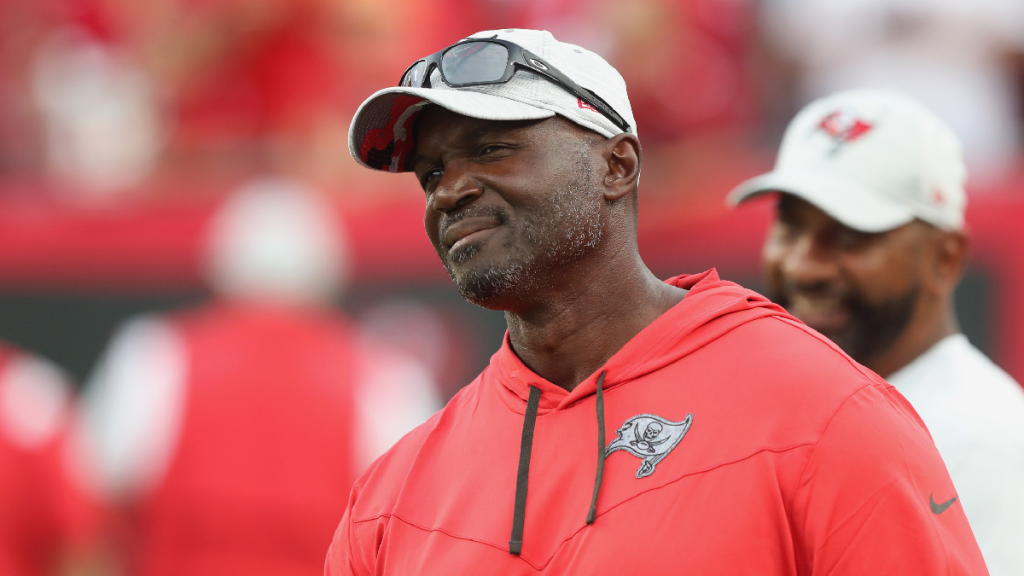 The Dallas Cowboys finished Week 1 of the 2022 NFL season as the only team in the league that didn’t score a touchdown. Dallas will now be without their starting QB Dak Prescott for an estimated 6 to 8 weeks. But somehow we’ve been talking about Dallas’ defensive side of the ball for two days now after a controversial block from Leonard Fournette on Micah Parsons.

Tampa Bay Buccaneers head coach Todd Bowles was asked to address the controversial block while speaking with media on Monday and he shut down Von Miller’s whining about the block. This came after 23-year-old Micah Parsons took to Twitter in the aftermath of Dallas’ blowout loss to complain, only to get dunked on by Leonard Fournette.

Let’s start with the video of Fournette’s block on Parsons and Micah’s response to it:

Now go watch the tape! And see what happenned when it was me and him one on one!!! You hit someone not looking you straight pus**y !! Stop hyping this weak as* shit it’s football!! 😂😂 https://t.co/ITprQ4ECRg

Leonard Fournette hilariously swooped in and dunked on Micah Parsons with this tweet after Parsons was complaining about a perfectly legal block:

Von Miller took to Twitter to whine about the block as well:

This block must be taken out the game ! This is the future and we are just letting the offense tee off on our marquee pass rushers! You can get the job done without this much contact! https://t.co/alEmMzEehk

And here’s what Tampa Bay Buccaneers head coach Todd Bowles had to say about Fournette’s block when he was asked about it on Tuesday:

“It was legal. If it wasn’t legal they would have thrown a flag. It was a hard hit and it was legal. As long as it’s in the game and legal, we’ll abide by the rules.”

Micah Parsons had a pretty monster game against the Buccaneers. He recorded 5 tackles (4 solo, 1 assisted) and sacked Buccaneers quarterback Tom Brady twice. But somehow the one thing that didn’t go his way needs to be banned from the game forever?