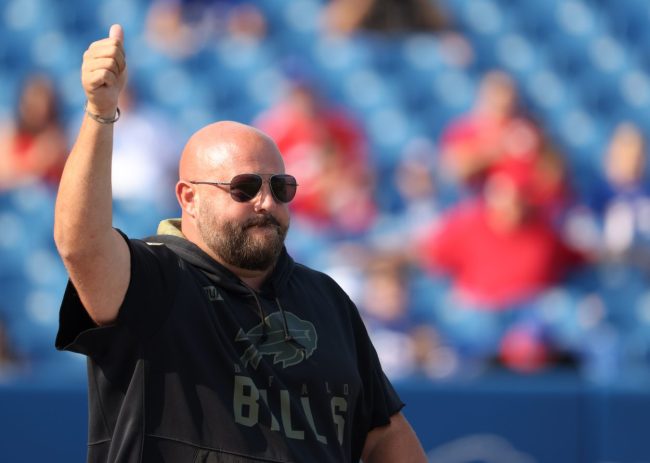 As the Buffalo Bills gear up for their second AFC Divisional Round playoff game in 27 years, they are keeping their head down and focusing on the task at hand. Although the team was expected to compete for a Super Bowl this season, offensive coordinator Brian Daboll wanted to make sure that his guys were ready.

To do so, during training camp, he took a moment to remind his players where they came from.

According to a report from ESPN’s Dan Graziano, Daboll spoke with his team prior to the season. He had every player and coach in the room stand up, before asking them to sit down in groups based on various qualifications.

“If you’re a coach who has been fired, sit down,” Daboll began.

“If you’re a player and you’ve ever been cut or traded, sit down,” Daboll continued.

A large number of players sat down.

“If you weren’t picked in the first round, sit down,” Daboll concluded.

At that point, only one person was left standing— quarterback Josh Allen. Daboll turned to Allen and directed his next question directly at his 25-year-old signal-caller.

“Josh, how many college scholarships were you offered when leaving high school?”

Allen answered that he did not have a single college scholarship offer out of high schools.

“All right, let’s all remember where we came from,” Daboll replied.

Clearly, the mindset that Daboll has instilled on his players has worked thus far. The Bills are 12-6 and are coming off of a 47-17 beatdown of the Patriots.

During the dominant Wild Card win, Buffalo never took its foot off of the gas. They remembered where they came from.

The Bills face the Chiefs in the NFC Divisional Round on Sunday. Can they keep Daboll’s message at the forefront and continue their strong season?