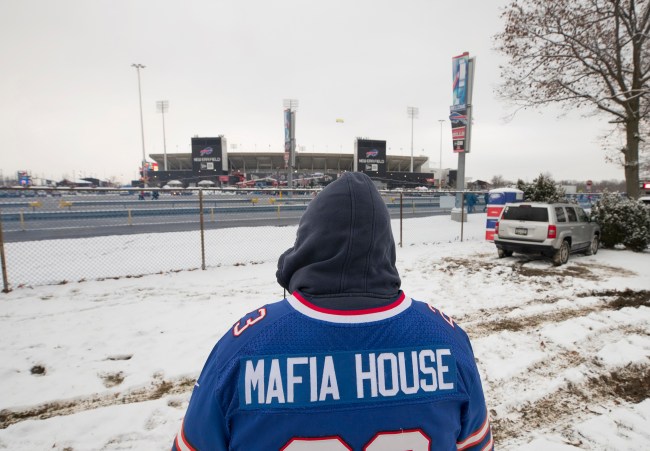 I remember an America whereby its citizens could body slam each other though tables, enjoy a pre-game butt-chug, light themselves on fire, and of course, give uninspired hand jobs from the comfort of the bleachers.

This America has been all but colonized by the LIB SNOWFLAKES looking to extinguish the bright light of Bills Mafia.

First, table-slamming was outlawed at Bills games and it was announced that security was going to crack down on “eliminating excessive alcohol consumption.” That did not work.

Next, the organization announced a new policy that requires fans who arrive in buses to purchase a tailgating package along with their parking pass. In what is essentially a tailgating tax, receive a spot in what the team is calling “Tailgate Village” in a transparent effort to more easily police the beast.

Now, Andy Major, Bills vice president of operations and guest experience, told the Buffalo News that ejections and arrests have become too prevalent for current security to handle.

“We will be enforcing the open container law on roads surrounding the stadium,” Orchard Park Police Capt. Patrick Fitzgerald said.

The game day effort includes SkyWatch, the surveillance tower on loan from the Buffalo Police Department. The observation deck on wheels stretches 25 feet into the air and will be set up in the bus and limo parking lot. Equipped with powerful, high-definition cameras, it allows officers to monitor activity hundreds of yards away in large crowds.

I don’t know how a Buffalo resident in their right minds could bring a child into this dickless new world.