Former Bulls Doctor Reveals How Michael Jordan Would Often Play Hurt, Even When Told To Sit Out 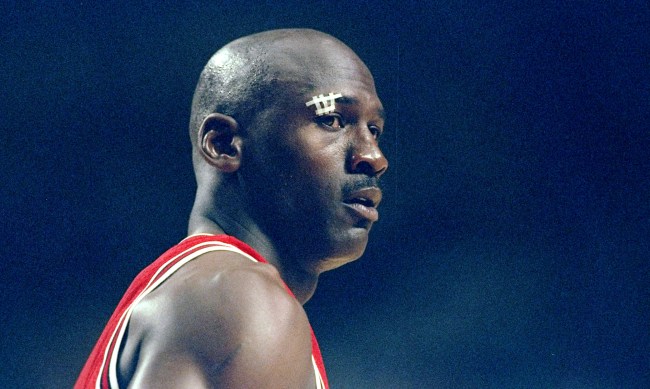 In a real “athletes sure were different back in the day” story, former Chicago Bulls team doctor Michael Lewis recently shared some stories about how Michael Jordan would play hurt during his career, even when told by doctors that he really should sit out.

Lewis recently joined WGN Radio’s Pete McMurray to discuss his new book The Ball’s in Your Court and in the process, he naturally had more than a few tales about Jordan’s voracious competitive drive.

As those who watched The Last Dance will recall, Jordan couldn’t stand not being able to play. Testament to that was the fact that he was playing pickup games at North Carolina after breaking his foot in his second year with the Bulls, defying doctor and team orders because he simply couldn’t stand to be idle.

MJ got away with this thanks to a “Love of the Game” clause he made sure to include in his first NBA contract with Chicago which gave him free reign to play basketball anywhere, anytime regardless of the potential liability and risk of injury.

In today’s world of load management, such a clause would seem unnecessary with current NBA players. Back then, however, taking out the season he had a broken foot, Jordan played in 912 out of a possible 919 games in his 12-plus seasons with the Bulls. Jordan even went on to play in all 82 games in his final season, at age 39, with the Washington Wizards.

“One night, 10 minutes before a game, he had such severe neck pain that he could not move his neck in any direction,” said Dr. Lewis. “So I suggested he not play that night and he looked at me like I was crazy. He said, ‘fans have come from hundreds and sometimes thousands of miles away to see me play and I’m not going to disappoint them.’

“So his sense of obligation to the fans and his teammates and to the league is, I think, an underappreciated facet to his personality.”

Dr. Lewis also talked about how funny Jordan could be.

“One example of his sense of humor is, it was Dennis Rodman’s birthday and someone asking him if he had bought a present for Dennis for his birthday, so he replied that he didn’t think that he could go into those kind of places from where Dennis wanted a birthday present.”

Never really thought about that, but he’s right. Try to locate a soundbite of MJ saying something dumb to a reporter. You can’t.

Listen to the entire fascinating interview below…