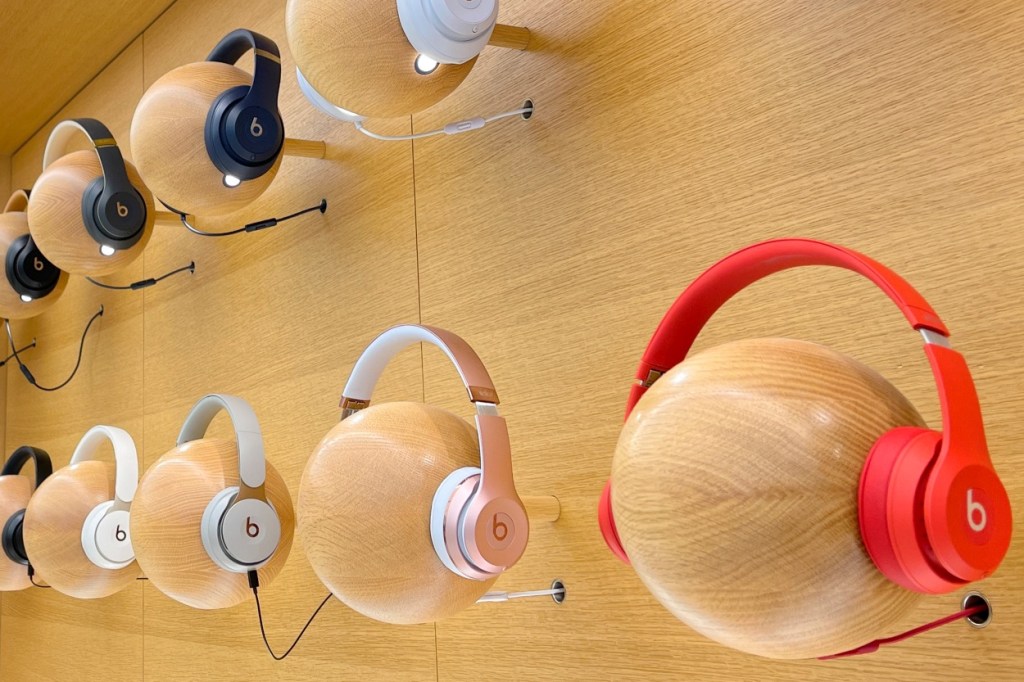 Life is good if you are Caleb Williams. He’s the starting quarterback at USC, a program that’s seeing a massive resurgence after years of mediocrity, and he is signing massively lucrative NIL deals left and right.

In mid-February, Caleb Williams inked one of the most intriguing Name, Image, and Likeness (NIL) deals to date. That deal was a ‘long-term agreement with Hawkins Way Capital‘, a real estate private equity firm that manages $2 BILLION in assets. That deal’s expected to teach him the ropes of LA real estate and could lead to possible investment opportunities in the future.

That was the 5th NIL deal Caleb Williams had signed since arriving at USC. The others included a deal with Fanatics, a men’s grooming company, an alkaline water brand, and a NIL deal with Beats By Dre.

On Monday, Caleb surprised the USC Women’s Basketball team at practice with new Beats By Dre headphones. The team has desperately needed a pick-me-up after their 12-15 season (5-12 in conference play).

Looks like Caleb Williams gifted the USC women's basketball team with some new headphones from Beats, one of his NIL partners pic.twitter.com/isvJgDFwQg

Caleb Williams surprised members of the women’s basketball team today after their practice with Beats headphones as a good luck gift ahead of the Pac-12 tourney.

Impressive move by USC's new QB, who has an NIL deal with Beats.

Williams came to practice himself to surprise the team.

In speaking to those around him, sounds like Williams plans to make a habit of sharing the wealth from his NIL deals.

And the USC Women’s Basketball Team threw a big ‘thank you’ back his way for the generous gift.

Big shoutout to @USC_FB QB @CALEBcsw for surprising us with brand new headphones ahead of the Pac-12 Tournament! 🎁 pic.twitter.com/jKa342PJP7

A Good Luck Gift Ahead Of Pac-12 Tourney

The Pac-12 Tournament for the USC women begins on Wednesday with an opening-round matchup against 7-seed UCLA. This is certainly a thoughtful gift from Caleb Williams as the Trojans head into a tough tournament that will include overall #2-ranked Stanford.

Caleb’s NIL deal with Beats By Dre was his first after arriving at USC and it happened just four days after he arrived in SoCal:

Welcome to LA and the Beats family, @CALEBcsw! Let’s get it 🏈 pic.twitter.com/HgufuBr3K9

It’s unclear how much that Beats By Dre deal is worth but it’s evidently enough to hook up the entire USC Women’s Basketball Team with $350 headphones and not think twice about it. It’s wild to think that thanks to NIL, Caleb Williams is quite possibly already a multi-millionaire. This would’ve been unfathomable just a few years ago, completely out of the realm of possibility. And today it’s just the status quo for the best players in NCAAF.

How times have changed pic.twitter.com/LRud5AdOax

Uhh…there's no headphones in Norman?

It’s going to be incredible to watch this new USC vs Oklahoma rivalry unfold over the coming years. Every single time Lincoln Riley’s team stumbles in a game the OU nation is going to dance on his demise while fuming over any potential success he sees, and that all starts with Caleb Williams leading the team next season.