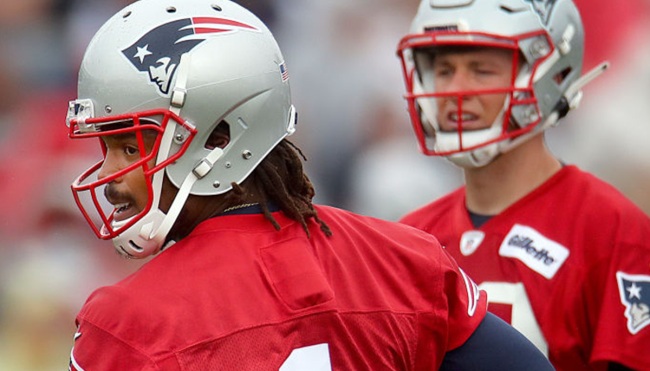 I don’t have anything against Cam Newton, but he’s always come off as the kind of dude who’s under the impression he’s one of the funniest people on the planet as opposed to the absolute cornball he routinely comes off as.

Nothing highlights this better than the nicknames Newton has handed out to players and coaches in New England since joining the Patriots, which beat reporter Mike Reiss was kind enough to round up after Mac Jones revealed he’d been dubbed “Mac and Cheese” after he was added to the roster following this year’s NFL Draft.

While I don’t have firsthand knowledge of Newton’s creative process, I can only imagine it’s very similar to the one harnessed by Jean Raplhio when he decided to give Ben a new nickname after meeting him for the first time on Parks and Recreation.

Jones seemed to be fairly ambivalent about the “Mac and Cheese” nickname when he initially revealed the moniker, but it would appear former linebacker Bart Scott does not feel the same way based on a rant he delivered on a recent appearance on Keyshawn, JWill & Zubin.

Based on what I gleaned after spending a few days in New England last week, the debate over who will start for the Patriots when the season kicks off has reached “LeBron vs. Jordan” levels of saturation on Boston sports radio. Over the weekend, the talking heads on the aforementioned show also decided to tackle the topic, but the conversation went a bit off the rails when Scott opted to go on a bizarre tangent when he brought up the nickname.

“‘Mac and Cheese’ is like one of the most disrespectful nicknames that I’ve heard in a long time, and this dude thinks it’s a term of endearment. Like, I don’t know if somebody told him, he’s pretty much body shaming him.”