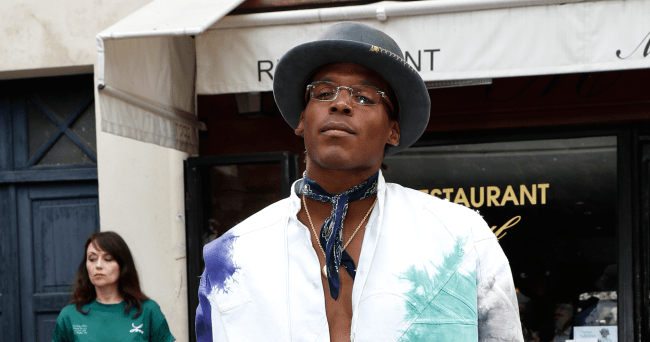 The internet is having a ball claiming Cam Newton is a time traveler after an old photo of legendary singer James Brown showing someone who looks very much like the New England Patriots quarterback goes viral.

I guess if his coach Bill Belichick has a doppelganger, it only makes sense for Cam to have one too, right?

The fact that Newton’s lookalike is obviously from a complete different time period also isn’t unusual. Keanu Reeves, for example, has long been accused of being an immortal time traveler from the past.

Other famous people who the internet has found doppelganagers for include David Schwimmer, Kyrie Irving, Angelina Jolie, Andy Reid, and the most fun occurence, Scarlett Johansson.

As for Newton, his doppelganger appears in the background of a photo of Brown rocking a haircut that we could totally see Newton sporting if he were an adult back in the 1950s or 1960s.

People on the internet were suitably gobsmacked by this strange discovery resulting in some pretty hilarious reactions.

This guy's wondering how no one else noticed the time traveller in their midst pic.twitter.com/OHX58GcWVO

Us as black folks been here before... this not our first time https://t.co/kE350D5HXc

I knew he was a vampire!

I've zoomed on this pick all morning lol Time traveller!!

Good point. At least we no longer have to try to find a solution to that mystery.

Now we just need to figure out if that is Don Cheadle there on the left side of the photo and how did he get there?