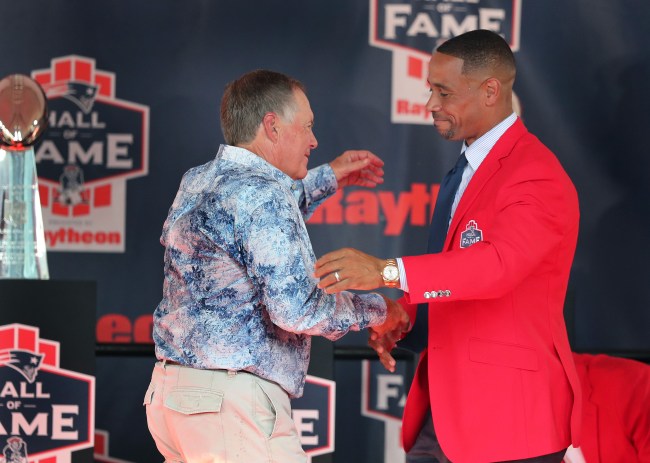 Just days after it was made public that Bill Belichick allegedly paid some coaches just $15,000 for their services, the notoriously shrewd Patriots coach signed Cam Newton to a one-year, $14 million deal (if he hits all incentives), amounting to nearly $58,000 for every completed pass in 2020.

Cam handled a lackluster season the best way one could, never once bringing up the fact that the Patriots receiving corps looks like it was plucked from the MAC Conference.

Patriots Hall of Famer Rodney Harrison believes Belichick’s decision to run it back with a quarterback who tallied just 8 touchdowns in 2020 would be the worst decision in Bill’s 20-year tenure as head coach.

“That would be the worst decision [Belichick] ever made.”

“You have to find a quarterback and it would be a terrible mistake for Bill Belichick to bring Cam back because Cam can’t play football anymore. He just can’t play quarterback in the National Football League.”

“Every time I saw Cam play pretty much, I was hurt. Because I was a guy that believed in Cam,” Harrison said. “And when you see him drop back and he continues to throw the ball into the ground, throw it five feet or five yards above somebody, else, you’re like, ‘What are you doing, Cam?’”

If my boss paid me 8 figures after leading the staff to its worst year in two decades, I would consider him dope as shit as well. The Cam Newton 2021 Glow Up is upon us.

Cam Newton talking about Bill Belichick recently: “I think Bill Belichick is the most misunderstood person in all of sports. He dope as s**t. He is a cool dude.”

Back together for another year.