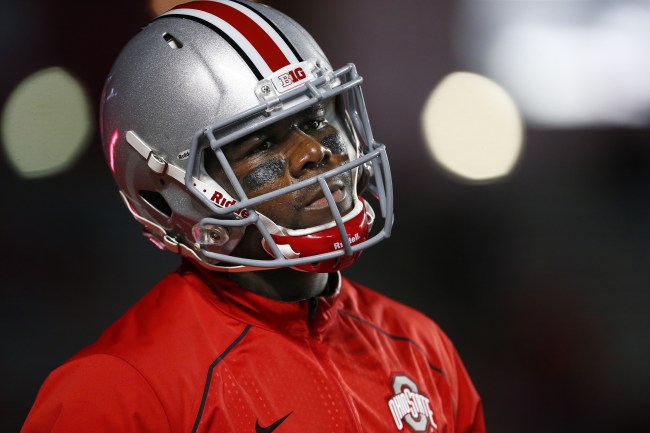 Cardale Jones might not have worked out in the NFL, but he was just one of the quarterbacks selected in the XFL Draft, where he was chosen by the DC Defenders, meaning he’s still got a chance to prove himself and, possibly, get back into the NFL at some point. And, while the former Ohio State quarterback didn’t succeed his first (and maybe only) time with the top pro football league, that doesn’t mean he has any regrets about his journey to get there.

That was evident recently when a Twitter troll tried to come at Cardale Jones by calling him out for returning to play for the Buckeyes during the 2014 college football season rather than head to the NFL — where he was being touted as a first-round pick following a College Football Playoff run that ended with a national title. That person? Former NFL wideout Antonio Bryant, who cited how Jones fell to the 4th round in the 2015 NFL Draft, and tried encouraging current and future college athletes to leave when the hype is at its highest.

Once Cardale Jones saw the tweet, the quarterback went in on Bryant, reminding him that his decision to return to Ohio State was more than just football, and was all for his education, ultimately, getting his college degree. And, while Jones may have missed out on millions guaranteed from the NFL had he actually been a first or second round pick in 2014, he believes he set himself and his family up long-term by choosing to get his diploma — even though Jones once tweeted that he didn’t come to college to “pay school.”

I went back to OSU to finish school. Something I worked as hard on as my football career. I’m my own man and think for myself. Going back benefited me & my family LONG term. Educate yourself on the situation before commenting and spreading the wrong message. https://t.co/G0i3kiP9iJ

It’s an interesting take from both sides, as Cardale Jones could’ve taken the easy money from the NFL while his name and reputation was at its highest, but he may not have completed his college degree. From Antonio Bryant’s standpoint, though, more athletes often choose the millions rather than an education — although, even if they do, they hold true to a promise to complete the necessary courses, like Julian Edelman did earlier this year.

Regardless of what side of the fence you’re personally on, the only way to help silence some of this noise and settle the debate is for the NCAA to start paying college athletes. As we’ve seen California already do with its “Fair Pay to Play Act”, it could present an opportunity for student athletes to earn money off their likeness, which, in Cardale Jones’ case, could’ve netted him some cash after winning a national championship at a big-time program like Ohio State.

Unfortunately, as the rules currently stand, he’s got to defend his decision to get an education over collecting paychecks to people like Antonio Bryant. Hopefully, that will change soon, because college athletes deserve a chance to earn money if the structure is right.