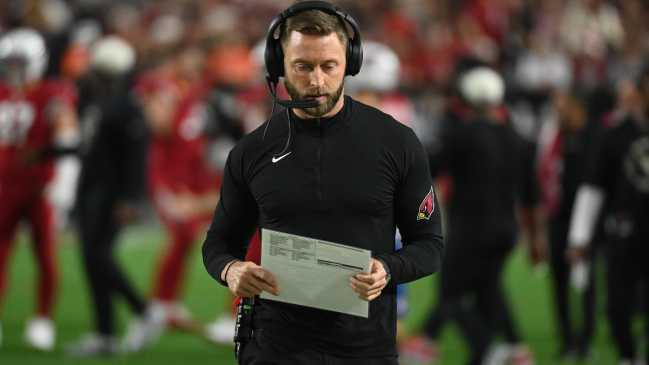 Kliff Kingsbury has had a wild ride in his four seasons as the head coach of the Arizona Cardinals.

The Cardinals shocked the NFL world when they hired the then Texas Tech head coach in 2019. Shortly thereafter, Kingsbury drafted Kyler Murray with the No. 1 pick in the NFL Draft to make what many assumed was a match made in heaven.

The results since have been mixed.

Murray was the NFL’s Offensive Rookie of the Year in 2019, but the Cardinals went just 5-10-1. The following season, Murray made his first Pro Bowl and the team improved to 8-8, narrowly missing the playoffs.

Kingsbury, Murray and the Cards appeared to take another huge step forward in 2021. They began the season 7-0 and Murray looked like a budding superstar. But they then went just 4-6 down the stretch. Murray made the Pro Bowl yet again, but Arizona was unceremoniously dumped out of the playoffs with a 34-11 loss to the Los Angeles Rams in the Wild Card round.

That put the team at a crossroads. Keep pushing forward, or change direction?

The Cardinals opted for option one when they gave Murray a massive contract extension prior to the 2022 season. The decision backfired and he went just 3-8 as a starter this season before getting injured.

While Murray is locked in long term, Kingsbury is not. And it appears Arizona is ready to at least consider exploring other options.

Ian Rapoport and Tom Pelissero of NFL Network report that the Cardinals are “gathering information” on coaching candidates should they part ways with Kingsbury.

Behind the scenes, Bidwill has been gathering information on candidates and figuring out how he would run the process if he makes a change, just one year after Arizona made the playoffs in Kingsbury’s third season.

Making plans in case is not a rarity. But the Cardinals’ situation is complicated, with longtime general manager Steve Keim taking an indefinite health-related absence last month and unlikely to return to that role, per sources. Keim’s absence left Bidwill without a sounding board and someone he’s relied on for years. So if Bidwill is going to do a search, he’ll need help.

Rapoport and Peissero listed Sean Payton, whom everyone is apparently after, and former Broncos head coach Vance Joseph as potential options to replace Kingsbury.

Whoever is coaching Arizona next year, they’ll have to hope that Murray returns to his Pro Bowl form after having surgery on a torn ACL this past week.