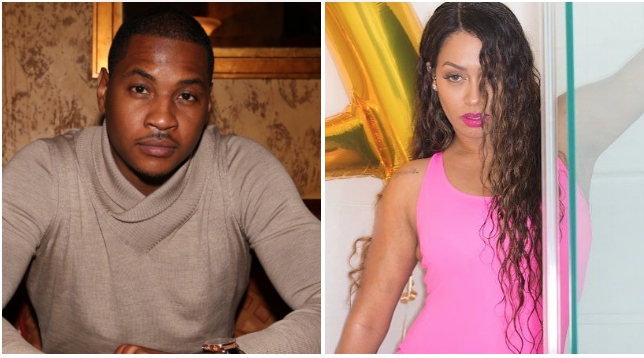 It’s been four months since Carmelo Anthony and La La split up after seven years of marriage due to reports that Anthony allegedly cheated on his wife by knocking up a stripper. This was reportedly just the tip of the iceberg, as sources close to the two claim that cheating is something that’s plagued the couple’s marriage.

Since the split, La La has been posting some sizzling hot photos presumably to dangle the meat in front of her baby daddy’s face. Carmelo has been shameless in taking the bait. Whether it be liking her sexy Instagram photos  or beefing with Chris Rock for hitting on his former flame, Melo has been handling the separation like a senior in high school dealing with his girlfriend going off to college.

Just last month, Melo sent the mother of his 10-year-old son a birthday post and it appears like he’s not taking no for an answer.

“I look at you on this birthday, and it is hard to believe another year has passed,” Anthony wrote. “You are as beautiful now as ever before!!! Sending Birthday wishes to MY EARTH 🌏 @lala Love YOU #AVeryPOWERFulDay6/25.”

La La knows exactly what she’s doing and I can’t help but feel bad for Melo, whose on the trading block and will likely be uprooted from his former lover only to settle with having intercourse with literally anyone he wants. What a bummer.