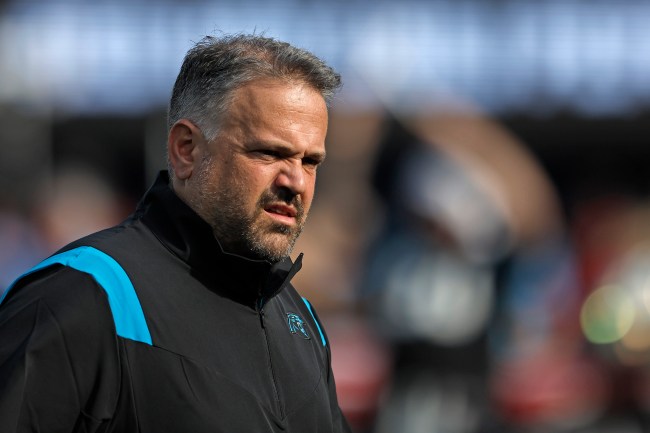 It’s no secret that Matt Rhule is on the hot seat. The Carolina Panthers have won 5 games in each of his first two seasons as head coach and their offense looked absolutely terrible this season. Now he’s decided to make his situation worse by giving some insight that nobody asked for.

While on WFNZ Radio, Rhule decided to discuss the decision not to draft Rashawn Slater.

Matt Rhule confirms on WFNZ that Rashawn Slater was not “ideal tackle size” and they weren’t comfortable “taking a guard that high.” Also mentions that he has a mobile QB in LA.

This statement would have been pretty unbelievable to make back in April, but to make it now is a bold move from a struggling coach.

Before the draft, the football world agreed pretty much unanimously that not only was Rashawn Slater going to be a tackle in the NFL, but he was going to be a pretty good one. They were all proven right this year.

Slater immediately made an impact for a Chargers offensive line that needed an upgrade and is already heading to his first Pro Bowl in his rookie season. Meanwhile, the Carolina Panthers offensive line struggled yet again this season and could have really used a left tackle.

Now the Panthers will be left once again searching for O-line help through the draft. Unfortunately, there isn’t a prospect that profiles as well as Slater and the odds of one making a Pro Bowl in their rookie year are slim.

Matt Rhule’s job is seemingly hanging by a thread. Maybe he shouldn’t go out and publicly give the Panthers more reasons to fire him.