The Carolina Panthers Are Reportedly Buying A Golf Course For Their Players, Which Is Insanely Awesome 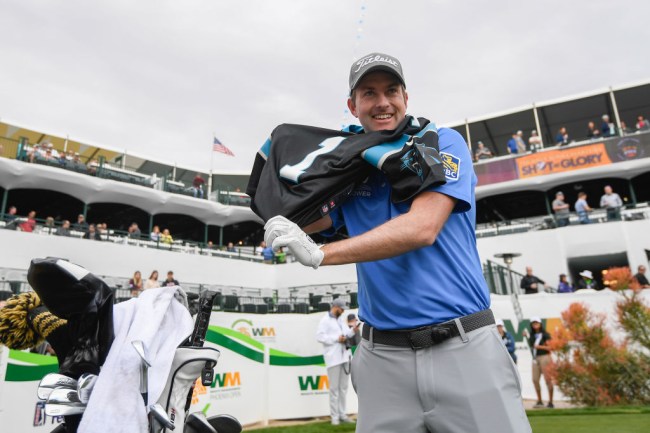 You thought you were jealous of NFL players, their salaries and lifestyles before, well what if I told you that one team is getting set to buy its own golf course for their players?

That’s what is being reported about the Carolina Panthers. Yep, the team has a deal in place to buy Waterford Golf Club in Rock Hill, S.C. according to the Rock Hill Herald. The course is just four miles from the team’s new headquarters that are expected to open in 2022.

The deal is pending at the moment, but if this purchase does happen, just chalk it up as yet another incredibly awesome perk of being an NFL player as they’ll essentially have a golf course in their backyard during camp and practices.

“Anything that we do, we’re going to try to improve it over its current state,” Panthers VP and COO Mark Hart told the Rock Hill Herald. “It’s already a great asset. It’s a great course. It’s a great layout. But perhaps if we can do something in conjunction with the development on the [new headquarters] site and make it something that’s got a Panthers brand or something that’s even better for the community, I think that’s something we’re going to look forward to trying.”

It even sounds like the course isn’t up to professional athletes standards so they’re going to improve the course leading up to the headquarters opening in a couple of years. The golf course isn’t good enough, so they’ll just give it a little facelift for Christian McCaffrey and company.

According to Charlotte Business Journal, the course will be open to the public as well. I’m not sure that’s the best idea if it is open to the public year-round seeing as how fans will flock to this place to get a glimpse of their favorite players, but we’ll see how all of that unfolds down the line.