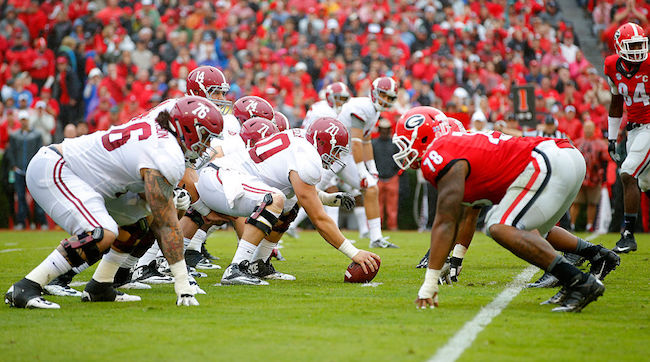 Tonight, the Alabama Crimson Tide will face off against the Georgia Bulldogs in a battle for supremacy in the College Football Playoff National Championship (despite UCF claiming the crown has already been awarded). The Dawgs are looking to win their first national championship in 38 years, while Bama is looking to avoid taking home a another runner-up trophy that will inevitably be smashed with some sort of blunt object.

The past couple of championship games have been an absolute roller coaster of emotions, and if the astronomical ticket prices are any indication, the supporters of each team are looking forward to an equally hard-fought battle (Alabama is a 3.5 point favorite heading into the game).

The vast majority of the country doesn’t have a horse in this race, but that doesn’t mean people aren’t picking sides. I’m guessing anyone who is looking forward to the end of the Alabama dynasty is hoping the Bulldogs emerge triumphant, while people who root for the Yankees and Cowboys despite never living in Texas or New York are probably cheering for the Crimson Tide to come out on top.

The football experts at BetOnline.ag spent the last week combing through Twitter to see which teams have garnered the most positive mentions among college football fans. While Alabama was the most popular team on a state-by-state basis by a count of 28-22, Georgia ended up winning the popular vote by almost 76,000 tweets from fans voicing their support. 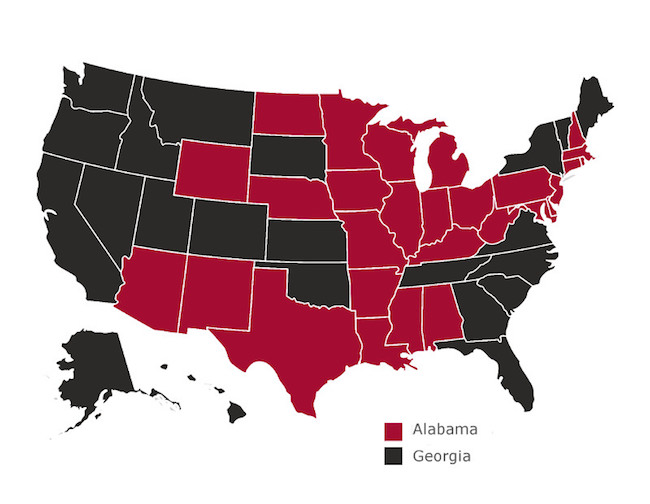 If recent history is any indication, the Crimson Tide will end up taking home the title while Bulldog fans spend a bunch of time bitching about the result.

We’ll find out for sure when the game kicks off at 8 PM.