Ticket Prices For The National Title Game Not Getting Cheaper, Could End Up The Most Expensive Ever 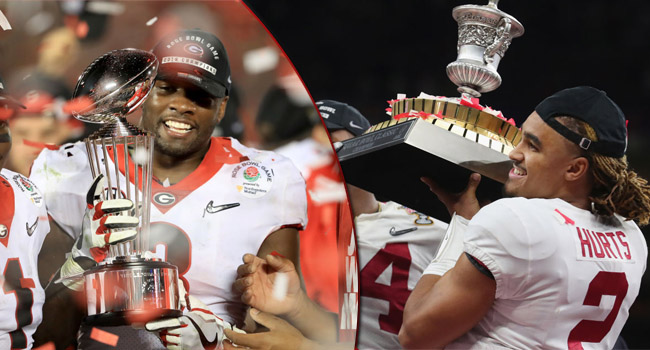 As we mentioned the other day when discussing ticket prices for the upcoming 2018 college football national title game between the University of Alabama and the University of Georgia, it’s going to cost you a WHOLE LOT of money if you want to be in attendance inside the Mercedes-Benz Stadium in Atlanta on January 8th.

A major part of this year’s tickets to the title game being perhaps the most expensive college football tickets ever has to do with, you guessed it, the fact that the Georgia Bulldogs are basically playing a home game.

In the immediate aftermath of Georgia’s overtime victory over Oklahoma fans of the Bulldogs blew up all the major sports ticket sites looking to score a couple for themselves before they were all gone.

For example, Vivid Seats saw a noticeable spike in ticket prices last night after Georgia beat OU in the Rose Bowl. Prior to the conclusion of that game, average prices based on sold tickets were $2,218 on their site. Directly after Georgia’s victory, however, the average paid price jumped to $3,037, or a +37% increase.

Yes, those are real dollar amounts for tickets to a college football game.

And the prices aren’t getting any cheaper as we get closer to the game taking place, either.

A quick visit to Vivid Seats’ website and, as of this writing, ticket prices range anywhere from $1,313 in the nosebleeds to a mezzanine level ticket for $48,875.

Oh yeah, there is also still one ticket available if you want to watch the game from a suite. Might want to take out a second mortgage though. 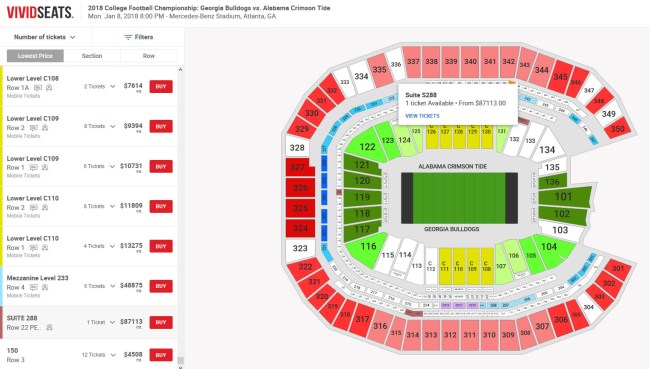 No, your eyes do not deceive you, that says $87,113. I’m sure it will be totally worth it though. (Just make sure you turn off anything flammable in your RV so it doesn’t burn to the ground while you’re watching the game.)

Vivid Seats also pulled together some ticket pricing from previous NCAA national title games and based on their findings, this will more than likely, as I said, be the most expensive tickets in NCAA football history. 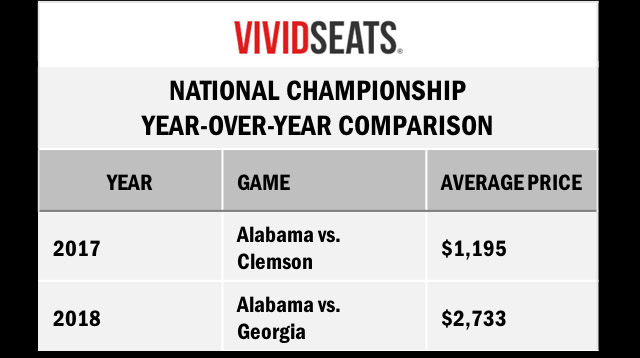 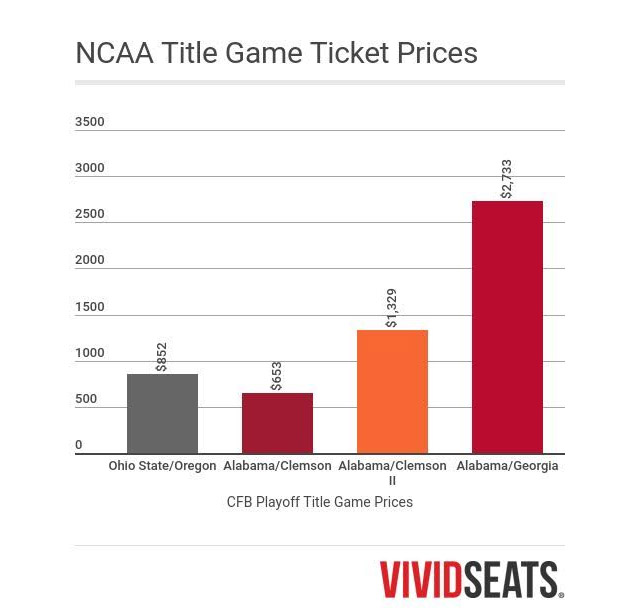 Then again, if you are a fan of the undefeated UCF Knights you can go ahead and save a few bucks and just attend their national championship parade and not worry about all the nonsense in Atlanta on Monday.

They are the real champs, after all.