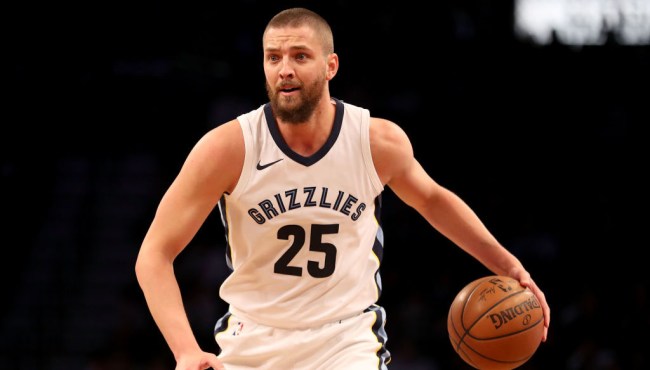 Memphis Grizzlies small forward Chandler Parsons is living the life we all wish we could live and now he’s at Coachella crushing it with his girlfriend Cassie Amato.

In what has to be a record for him, the 29-year-old Parsons has now been seeing model Cassie Amato for going on five months now. Quite a change for him considering his circle of friends over the past couple of years has included Chloe Bennet, Jordan Yorn, Toni Garrn, Hailey Baldwin, Felicia Sanders, Paige Spiranac, Kate Beckinsale, Kendall Jenner, Bella Thorne, Savannah Chrisley, Jen Selter, Erin Foster, Abigail Ratchford, and Arianny Celeste.

From the looks of things at Coachella, I am guessing he isn’t too terribly broken up about the Memphis Grizzlies not making the NBA playoffs this year. Not that Parsons was going to play anyway. He was already ruled out (again) for the season with more knee issues. Bro has only appeared in 70 games in two seasons with the Grizz, averaging a stellar 6.2 and 7.9 points per game. Not exactly what Memphis was looking for when they signed him to a $94 million contract in 2016.