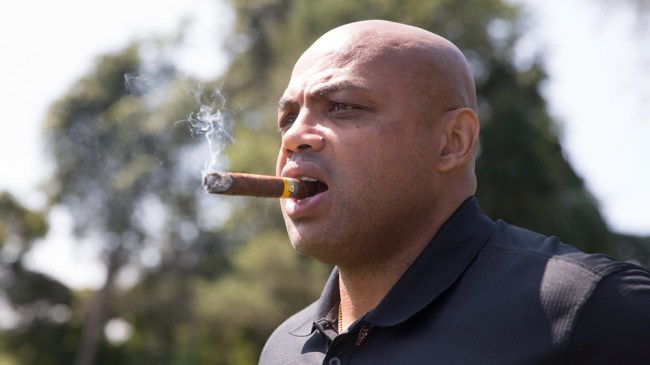 Charles Barkley calls it like he sees it, it’s what makes Chuck one of the most entertaining people in sports. Calling it like you see it these days is a bit risky, however, as anything you say can be twisted and the Twitter mob can get after you in a heartbeat.

Barkley knows this, too, he knows that cancel culture is lurking and waiting to strike at any given moment which has likely made it more difficult for him to truly be himself during TNT’s NBA coverage. He’s still unbelievably entertaining and trends just about every night that he’s on television, but he’s keeping his head on a swivel so to speak.

Chuck recently joined D.C.’s 106.7 The Fan and he actually brought up the topic of cancel culture on the Grant and Danny show and delivered a message to the “jackasses” trying to cancel everyone out there. He also revealed that he’s planning to retire in a couple of years when he turns 60.

“Nowadays, the pc people are out overboard right now. I can’t imagine you guys doing a show every day, how crazy it is for you. It’s gotten so out of hand right now,” Barkley explained. “You can’t even have fun nowadays without these jackasses trying to get you canceled and things like that. Just having fun talking about sports.”

“I’m having to hang on for a couple more years until I’m 60 and then they can kiss my ass. I’m only working until 60, I’ve already told them that. I’m not working till the day I die, that’s just stupid and if I don’t have enough money by now, I’m an idiot anyway.”

Charles Barkley says he intends to work until he’s 60 and then anyone trying to cancel him “can kiss my ass”: pic.twitter.com/RktlsF81Zh

It will be interesting to see if Barkley really does hang up the mic when he turns 60 in February of 2023 or if TNT offers him a wheelbarrow full of cash that he simply can’t refuse.