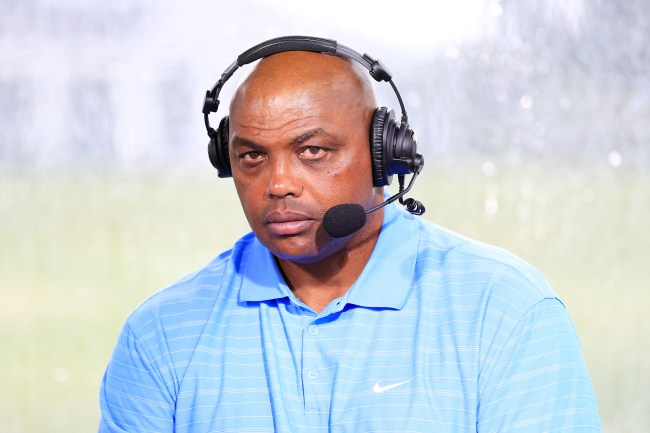 When it comes to sheer entertainment, there’s almost no one better than Charles Barkley, with the Basketball Hall of Famer and current TNT analyst always bringing witty stories no matter where he goes. That’s why “The Chuckster’s” the best in the biz, as he’s made a living giving candid replies anytime he’s in front of the camera.

One of the things that never gets old from Barkley are his wild stories about betting, as he’s detailed both big wins, losses and generally speaking, moments that none of us will every experience. Like, the fact that Chuck has shared the green with Michael Jordan as MJ lined up a putt worth $100,000 is insanity. I’d give my left nut for that opportunity — but, sadly, it’ll probably never happen. My left nut is probably OK with that, though.

While Charles Barkley has lots of all-time stories about sports gambling, one really sticks out to him: The loss he took after the Atlanta Falcons blew a 28-3 lead in Super Bowl 51 to the New England Patriots. Man, to this day, people are still losing sleep over that one, as it was, arguably, the biggest choke job in sports history.

Talking to Dan Patrick on Wednesday morning, Barkley was asked about the last time he lost while betting on sports, and then went on to explain how the Falcons royally screwed him out of $100,000 with that disastrous choke job in Super Bowl 51. Take a look below at the conversation.

Charles Barkley lost $100,000 when the Falcons lost their 28-3 lead to the Patriots in Super Bowl LI. pic.twitter.com/1dDBxqolcf

Man, isn’t that all of us? How many times has the premature celebration happened to you while sports gambling like it did to Charles Barkley? Probably more than anybody would like to admit. Sadly, it happens — hopefully not on the level that it did to Chuck, because $100K is a crazy amount of loot to lose.

Still, it’s impressive AF that Barkley admitted that, even as much as he bets or gambles, the last time he remembers losing big money was three years ago after that Super Bowl 51 debauchery by the Falcons. As somebody who’s not all that great at sports gambling — but that doesn’t stop me from still trying to win big — I’m pretty damn envious with Barkley’s kind of luck.